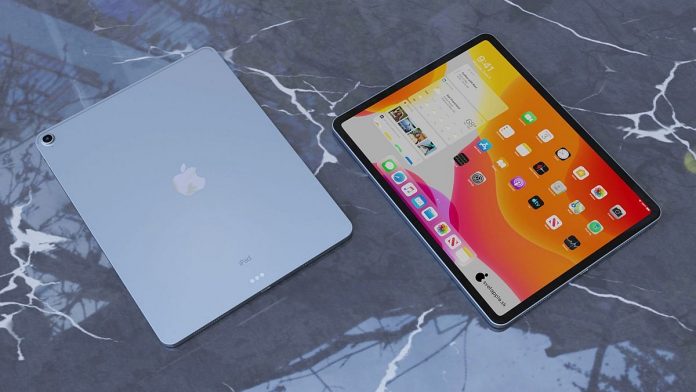 The iPad Air 4 has leaked again, this time in a set of renders created by Svetapple.sk. We’re dealing with the 4th gen iPad Air, that is basically the iPad Air 2018, with some tweaks. It’s got a similar design, it’s got an USB-C port and quad speakers.

Rumored to debut in October, the slate gives up on the Home button and also doesn’t have Face ID. Rumors say that it’ll come with a side placed Power button, now enlarged and integrating the Touch ID mechanism. The slate has a rectangular format, curved corners and a narrow bezel screen, which can come in 10.8 or 11 inch diagonals. Quad speakers are available here, with two of them placed in the lower part of the device and two in the upper part of the aluminum body. 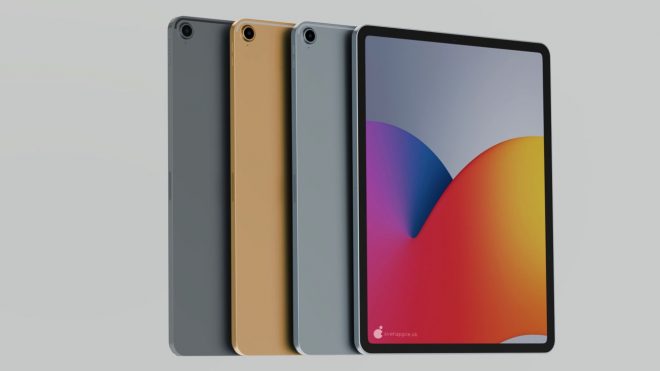 There’s no LED here or any sort of complicated camera. We just get a basic 8 MP back shooter and probably a 5 MP front cam, too. We also get to see a Smart Connector at the back, used to hook up a Magic Keyboard. The CPU inside should be an Apple A14 Bionic based on the 5 nm process, but we could see a lesser model if the price is lower. 4 GB of RAM and 128 GB of storage are pretty much a given. The price is speculated to be between $499 and $649.

We have no idea if this device works with the Apple Pencil, but the answer is probably “no”. As far as this design is concerned, the word “predictable” comes to mind.