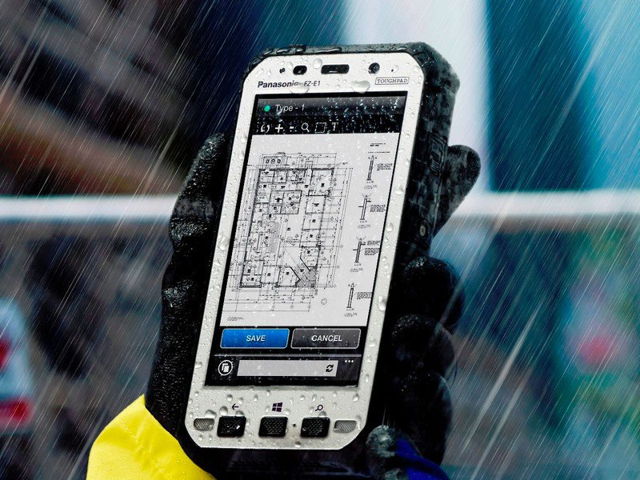 Panasonic was also present at IFA 2014, where it unveiled a few new tablets, including Android and Windows models. Those include the ToughPad FZ-E1 and FZ-X1, that have surprisingly small diagonals for slates.

Both models have basically the same hardware features, but the main difference lies in the OS they use. The FZ-E1 runs on Windows 8, while the FZ-X1 will be running on Android. Both units will rely on 5 inch screens with 720p resolution and the touch display is said to be usable even with gloves on. These newcomers offer IP65 and IP68 protection ratings, allowing them to be sunk underwater.

They are also shock resilient and can survive drops from as high as 3 meters on solid concrete. They come with 6200 mAh batteries, a quad core 2.3 GHz processor for the Windows model and a 1.7 GHz processor for the Android slate, plus 4G LTE for both models. The FZ-E1 costs 1428 euros and it will be available in November. The FZ-X1 costs 1385 euros.