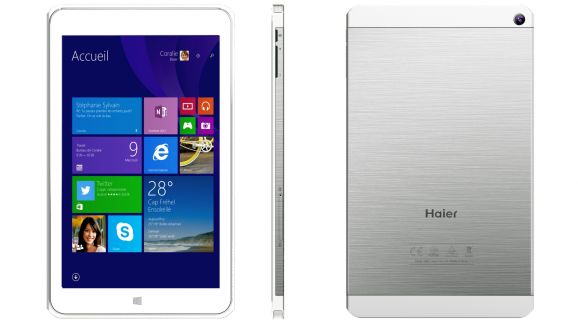 IFA 2014 is in full bloom and among the brands present there we find Haier, who already made an announcement. They debuted the HaierPad W81, that will be available in Europe later this year, priced at $262.

This one is an 8 inch Windows 8.1 tablet with a metallic body, or at least the appearance of one. It measures just 8.5 mm in thickness, thus being one of the slimmest Windows slates on the market. Its features include 2 GB of RAM, 32 GB of storage, an IPS HD screen panel and an Intel quad core processor. I don’t doubt it’s a Bay Trail, in spite of the lack of info.

There’s also dual band WiFi, micro HDMI somehow also got on the specs list and there’s the usual Bluetooth 4.0, microSD card slot and Office 365 preinstalled. We also get a back camera stuffed into one of the back corners and the general format of the model, particularly the back and sides somehow make me think of an iPhone.