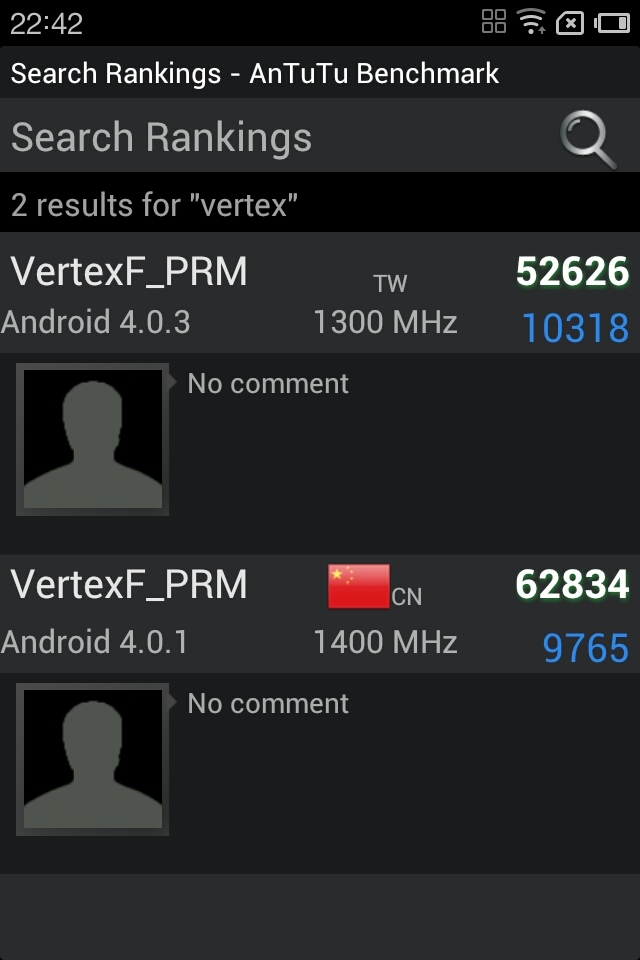 We have told you about a HTC tablet with quad core CPU even before MWC 2012 started and the name passed around in February this year is now back again: HTC Vertex. This is supposed to be an Android 4.0 quad core Tegra 3 tablet, that was recently confirmed by a pair of benchmark results mentioning this name.

HTC Vertex is a slate that first appeared in November 2011 and at some point it was called HTC Quattro, as a codename. This time the name “VertexF_PRM” appeared in NenaMark2, the famous benchmark and AnTuTu as well, confirming once and for all that HTC is preparing a quad core tablet. It also runs Android 4.0.3 ICS, possibly Jelly Bean at launch time and has a 1.3 GHz Tegra 3 chipset. The screen supports a 1280 x 800 pixel resolution. We have no idea what the diagonal of the device is, either 10 inches or 7 inchers.

The latest rumors say that the Vertex will be a 9mm thick slate with a 10.1 inch display, a 2 megapixel cam at the back and a front 1.3MP shooter. Nothing about the battery just yet, but we do know that this model will have WiFi and Bluetooth, as do all modern devices. Supposedly there are also Beats Audio speakers on board with great quality. Would you buy such a machine? 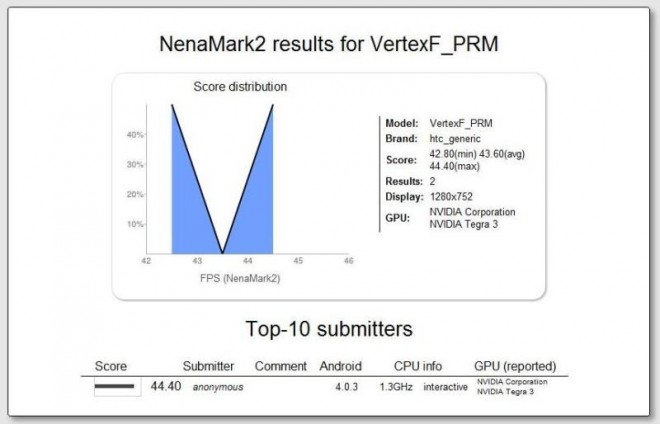