HTC One Max has been pictured a bunch of times before, but today we spotted some shots of the device with carrier branding on top. This One Max is branded with Verizon’s logo and as usual we have no idea if HTC will have a special unveiling event for this model or not. 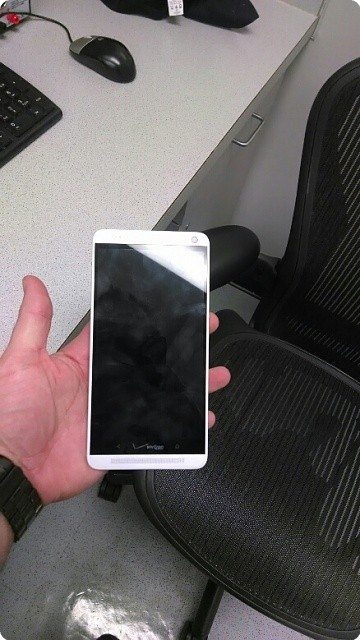 The same posting that let loose the pic also says that the One Max will sport a fingerprint scanner, although there’s no trace of such a feature in the pictures. It also mentions something about the back side being removable. HTC One Max has been the topic of rumors ever since July, but specs keep changing.

For a while we knew this was a 5.9 inch phablet, then 5.7 inches, but the Snapdragon 800 CPU and 2 GB of RAM are a sure thing, as well as the Ultrapixel camera. The latest rumors are saying that the device will launch on October 15th, around the time frame of the Android 4.4 debut, as a coincidence. This may just be the last big HTC Android phone, so keep an eye out!

Amazon Fire Tablets Part of a Fire Sale, Going for as...