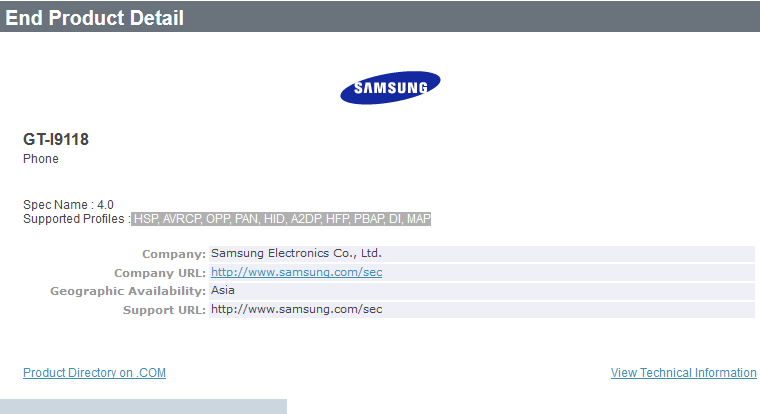 It appears that Samsung has yet another new device up its sleeve and this one may prove to be a giant. I’m talking about the mysterious model GT-I9118, a unit that has just been certified for Bluetooth 4.0 usage. 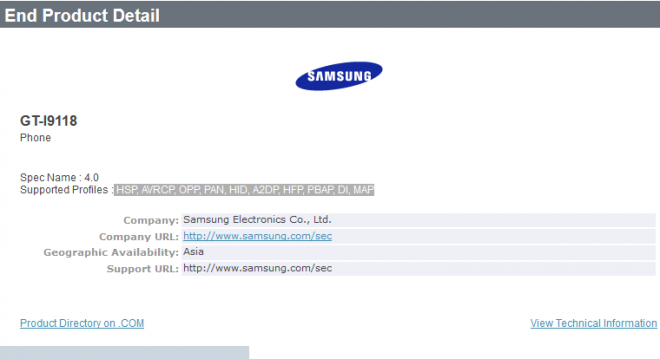 The device is supposed to debut in Asia and supported profiles include HSP, AVRCP, OPP, PAN, HID, A2DP, HFP, PBAP, DI and MAP. There aren’t any exact clues regarding the specs of this device, but if you look at the codename you’ll notice one or two interesting things. For example, the Galaxy Mega 5.8 is the GT-I9152, so this model is pretty close in codename, so it may end up being a new Galaxy Mega unit.

And that’s aside from the already existing 5.8 incher and 6.3 incher. I guess it’s too early to start dreaming about the Galaxy S5, but we could start snooping around that flexible display Galaxy Note 3, that’s been said to come in mere weeks. What do you think? 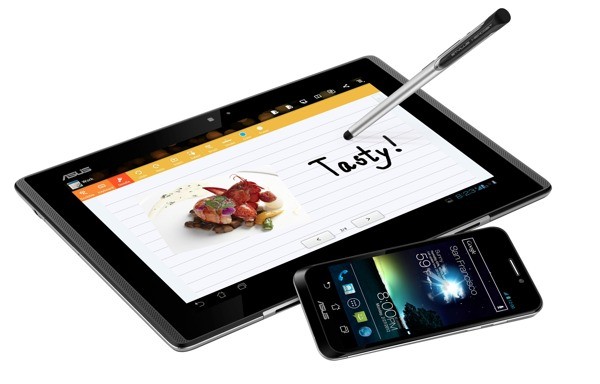