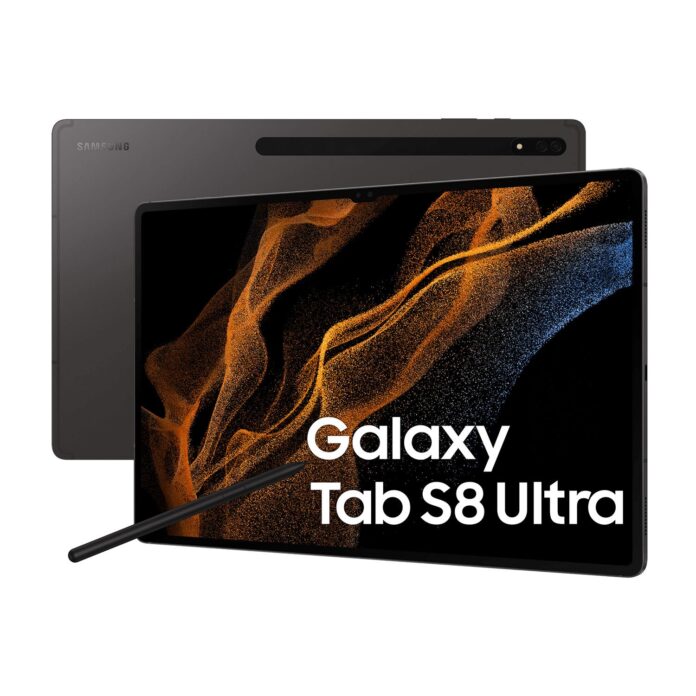 We start with the flagship, the Samsung Galaxy Tab S8 Ultra, which is the biggest Galaxy Tab S there’s been till now, at 14.6 inches. It’s got a Super AMOLED screen with a 2960 x 1848 pixel resolution and 120 Hz refresh rate (variable). It’s also got a notch, which is a weird choice as Apple is getting ready to get rid of it. Samsung also trimmed down the bezels of the screen to a mere 6.3 mm and also inserted two 12 MP cameras in the notch. 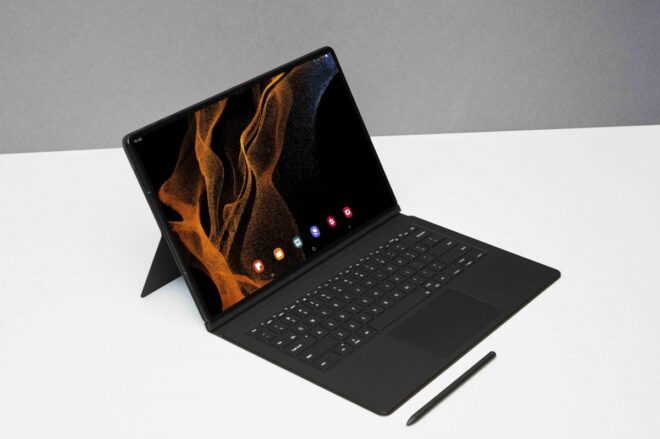 We’re dealing with a regular camera and also an ultrawide shooter with 120 degree field of view. It can capture 4K video. At the back side there’s another dual camera, with a 13 MP main sensor and 6 MP ultrawide cam. Specs also include quad speakers tuned by AKG and an in display fingerprint scanner. Making the device work is a Qualcomm Snapdragon 8 Gen 1 processor, offered with 8, 12 or 16 GB of RAM and 128, 256 GB or 512 GB of storage, also expandable via microSD. 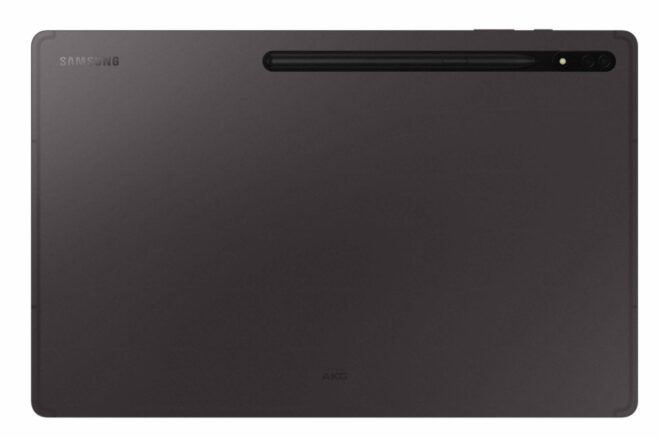 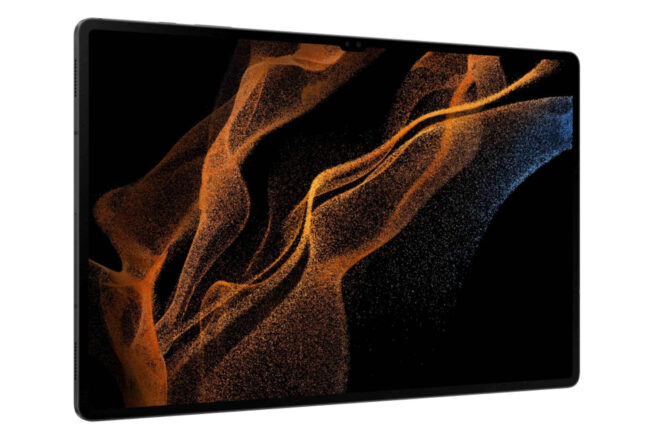 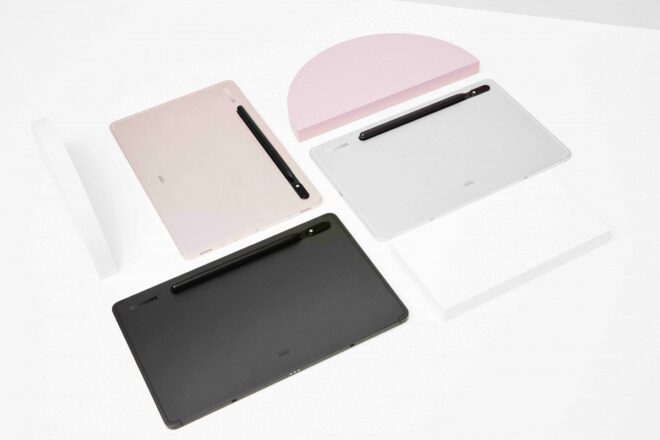 The Tab S8 opts for a side placed fingerprint scanner, while the Tab S8+ packs an in display fingerprint scanner. The two have the same camera setup: 12 MP ultrawide selfie and dual back camera, with 13 MP main shooter, plus 6 MP ultrawide cam. On the sound side there’s a quad speaker AKG tuned setup. Bundled S-Pen styli are here. 8 GB or 12 GB of RAM are available, as well as 256 GB or 512 GB of storage plus microSD. 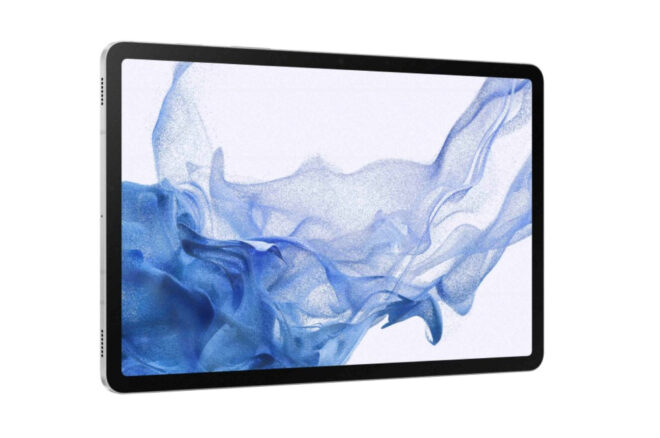 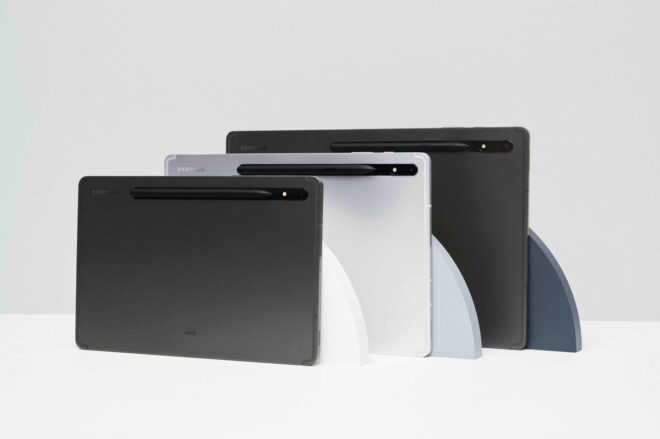 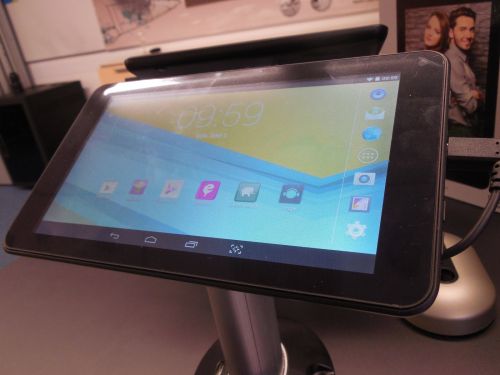