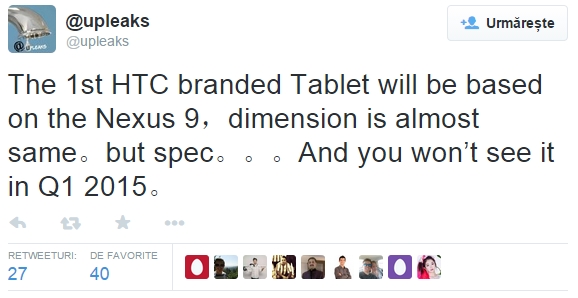 As you may know, last year once with the launch of Nexus 6 phablet, Google also unveiled the Nexus 9 tablet, device developed in partnership with HTC that marked the comeback of the Taiwanese company on the tablet market after two years since the last slate launched, more precisely the HTC Flyer.

Shortly after the launch of the Nexus 9 slate, on the web we’ve seen several rumors about the fact that HTC is going to release a new tablet in 2015, this time one under its own branding. As we get to know today from the @upleaks Twitter account, is revealed that indeed HTC is prepping a new tablet for 2015.

According to some sources, this new tablet will be launched probably in Q2, and from the dimensions/design point of view, we could see a very similar device as the Nexus 9. However, is rumored that on the hardware things will be a little bit different. 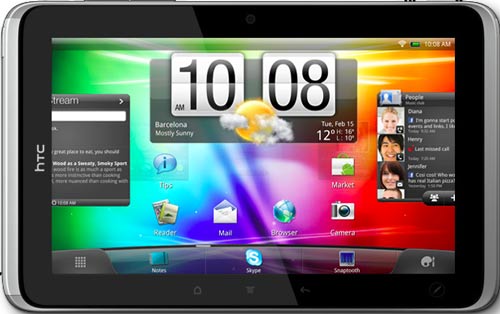