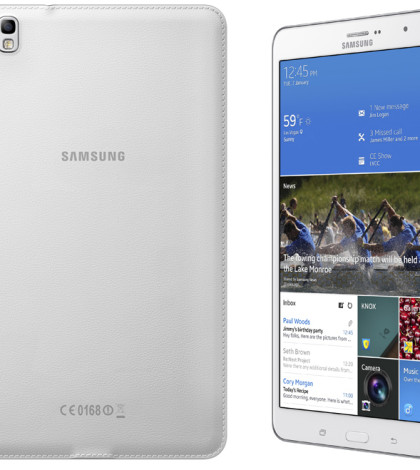 Since Samsung didn’t showcase any new tablets at CES 2015, MWC was our only hope to see something new from the South Koreans. Rumors say that they’re working on “multiple new tablet lineups”, in the Galaxy Tab and Note series and today we get proof of that.

The only difference between the Tab A and the A Plus will be the S Pen, that will be included on the A Plus, as well as the increased quantity of RAM. The Plus models will get 2 GB RAM, whole the regular A units will get 1.5 GB. The 8 inch Samsung Galaxy Tab A and A Plus will come with a quad core Snapdragon 410 CPU, clocked at 1.2 GHz, a resolution of 1024 x 768 pixels, as well as 5 MP main cameras and 2 MP front cameras.

16 GB of storage and 4200 mAh batteries will complete the image. The 9.7 inchers will share most of the specs, but they’ll adopt 6000 mAh batteries and the Qualcomm APQ8016 processor. LTE units will also be offered and waistlines will be slim, at 7.4 mm.

Here’s the List of Devices That Will Get Android 4.4 KitKat...