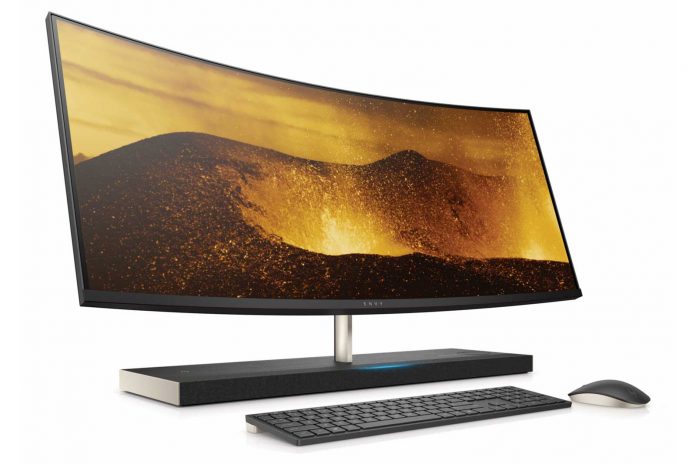 Over the past 24 hours HP went berserk and launched a few PCs, laptops, desktops and more goodies. Chief among them is an unusual setup: an All in One HP Envy PC, with Alexa built in. This one lets you control the smart home gear around the house and also works as a powerful computer.

This is a 34 inch curved screen machine with Alexa and HP highlighted this thing in the device’s official description. It’s actually the first AIO with Alexa. If you use vocal commands you will be able to play music and check the weather, plus do tons of other querries. Bang & Olufsen speakers ensure optimal acoustics and a wireless charging pad juices up your phone. 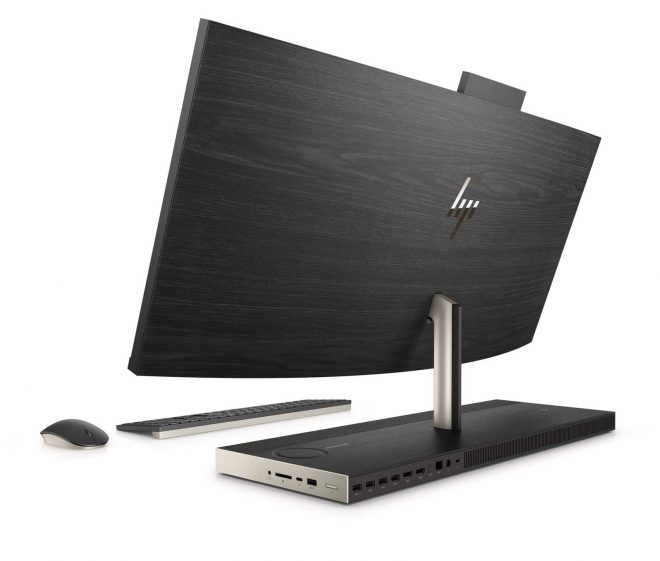 The AIO has a wood grain finish, making it blend seamlessly with the surroundings. Inside we find an Intel core 8th gen CPU, GeForce GTX 1050 graphics and the resolution is an unusual 3340 x 1440 pixel resolution. No pricing or configs are available just yet, but we expect something north of $1500. Obviously this machine runs on Windows 10 and the Alexa integration doesn’t come alone, as you also get far field microphones and the blue light that activates when you’re doing voice commands.

The acoustics involve a soundbar with 4 B&O speakers, plus two passive radiators. If you ask me, the device’s base feels a lot like a sort of amplifier.