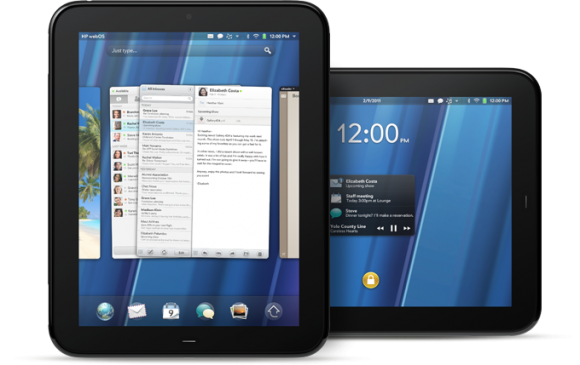 Yesterday HP unveiled its TouchPad webOS 3.0 slate, a device that uses the iPad’s design and blends in a powerful CPU, a 9.7 inch capacitive touchscreen and some nifty sync features with the HP Pre 3 phone. While this unit runs webOS 3.0, version 2.2 also had the chance to pop up, on the two new handsets announced by HP: Veer and Pre 3.

Some hands on fun with the TouchPad can be seen below and it’s Serena Williams playing with the device, in case you’re wondering. The product uses a Qualcomm dual core 1.2GHz CPU, that makes it compete with Moto Xoom and its Tegra 2 processor, plus the LG G-Slate. HP’s TouchPad is also able to take calls coming to the Pre 3 and exchange notes, pics, URLs and whatnot with the handset simply by touching the devices.

Wireless sync, charging and pairing are enabled and among the accessories for the device you’ll find the Touchstone inductive charging system, a Palm reminiscence. More hands on fun below:

WebOS is Kaput, According to HP, Say “Goodbye” to Your TouchPad