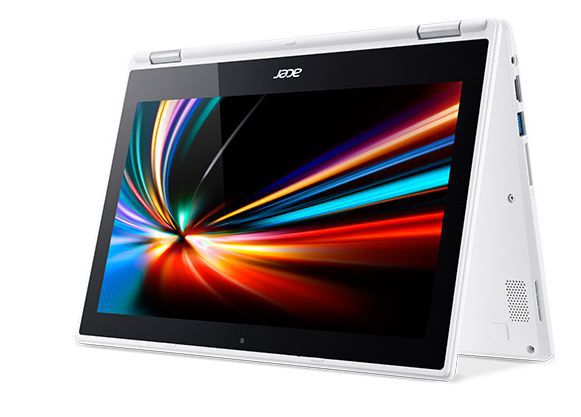 Google has focused a lot on the Chrome OS area over the past few months, enhancing the Chromebooks with Android app support and helping its partners launch higher end models. Today Chrome OS reaches stable version 57 and it also gets some more tablet-friendly features.

Many Chromebooks have convertible designs, which explains this approach. This new tablet release changes the action of pressing the Power button. Up until now pressing it obviously locked the device and entered standby. Now a press of the button means you put the Chromebook to sleep. This is what people did when they closed the lid of laptops, so it makes sense.

When holding a tablet you can’t close the lid, so this is the next best thing. Most tablet-like Chromebooks come with built in keyboards right now, ones that fold back behind the screen when they’re not being used, but this software release makes us think of full fledged tablets or Chrome OS detachable modes. The Camera app also gets updated, so it can adjust the UI depending on the use of the front or rear camera.

Education oriented Chromebooks can benefit from this, letting the user tilt the camera and use it properly. The changelog also includes PIN unlock support for all Chromebook models, a fresh boot animation and wallpaper, silent authentication and the usual performance boost and security release. We’ve also come to know of a few Chromebooks that won’t get the over the air update, like the ASUS Chromebook Flip C100PA, ASUS Chromebook Flip C302 and the Chromebook R13 from Acer.