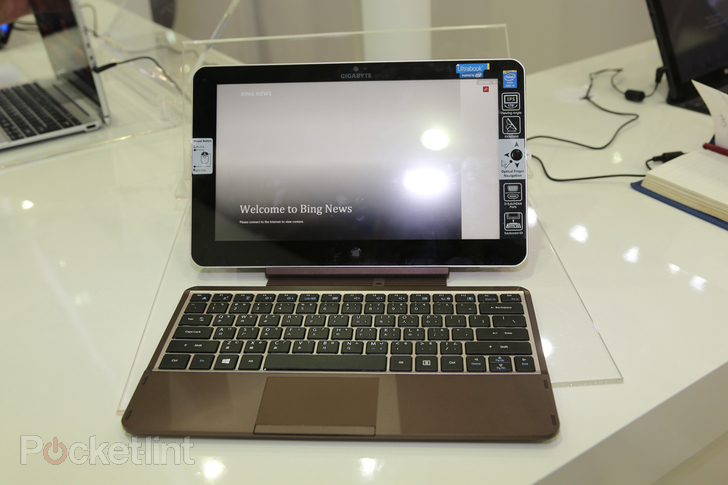 At the Computex 2014 event, Gigabyte released a new tablet named Padbook S11M. If the name seems pretty ordinary, you must find out that the tablet comes with a pretty-cool feature. Thanks to the sides of the tablet where there are nifty touches built such as the one on the mouse we can nou control the tablet without touching the screen. 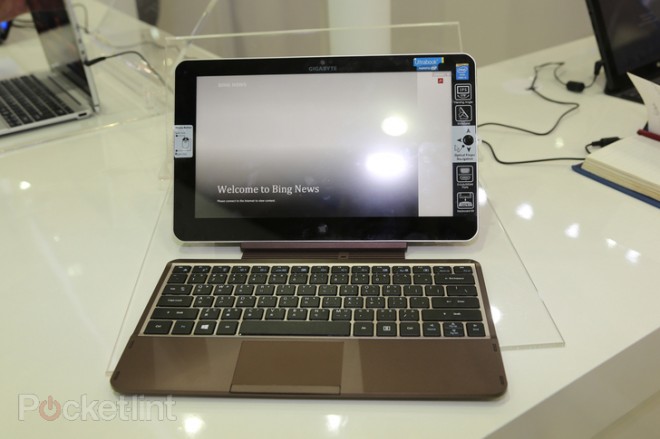 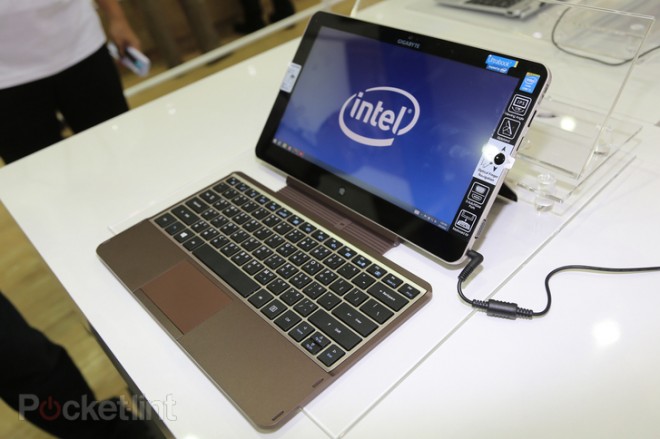 The tablet also comes with a built-in kickstand, that with just a simple flip out gesture we can angle the tablet at different angles. A detachable magnetlical keypad is found inside the box. Getting to the hardware specs, we find out that the Gigabyte Padbook S11M packs a 11.6-inch IPS display with a 1920 x 1080 pixel resolution, an Intel Core i5 or a Pentium processor and 2/4/8 GB of RAM. 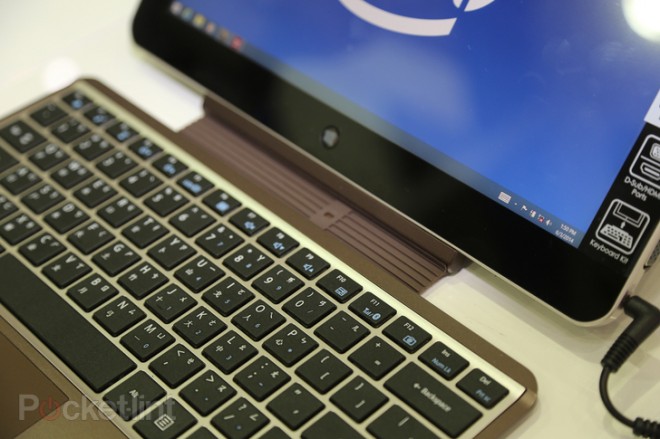 The spec list continues with a 5-megapixel camera on the back, a 1.3-megapixel front-facing camera, 64/128/256 GB of storage and a slot for an extra 8 GB of RAM memory. Gigabyte S11M runs Windows 8.1 operatings system, and weighs almost 1000 grams without the keyboard dock installed (+400 grams). On the connectivity side we get both HDMI and VGA ports, microSD and SIM card slots, USB 3.0 and USB 2.0. 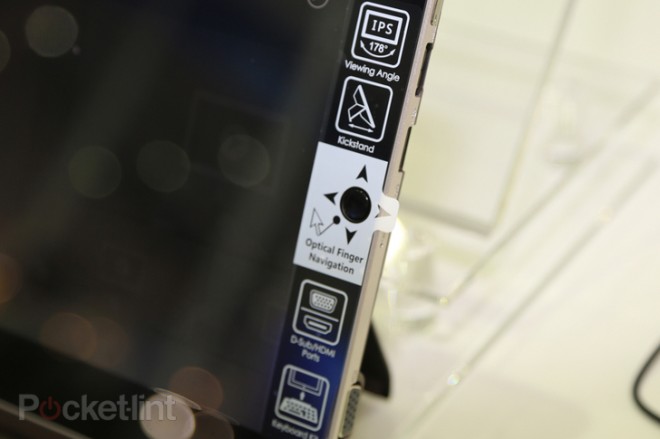