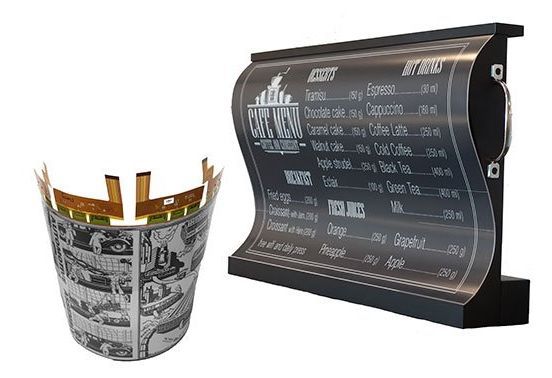 E Ink Holding and Japan Display have recently announced a “long term strategic alliance”, which basically means they’re working together, but not just on any project, but rather on ePaper displays. Let’s see what this cooperation means.

Japan Display, also known as JDI makes LCD and AMOLED screens for smartphones and other devices, such as wearables, automotive items and industrial goods. E Ink is famous through proprietary tech, used on e-readers, like the Amazon Kindle, or the B&N Nook. It’s a high contrast, paper-type display, easy to read in direct sunlight without needing any backlight.

It also only uses power when you change the image on the screen, meaning that static images won’t use up too much energy. E Ink has also been operating in the area of digital signage, luggage tags and other products. With a giant like JDI they may expand into new areas, especially if Japan Display builds the ePaper screens using LTPS tech and “Pixel Eyes” in cell products to innovate.

Expect even longer lasting e-readers and maybe even wearables and phones, as the two work together.