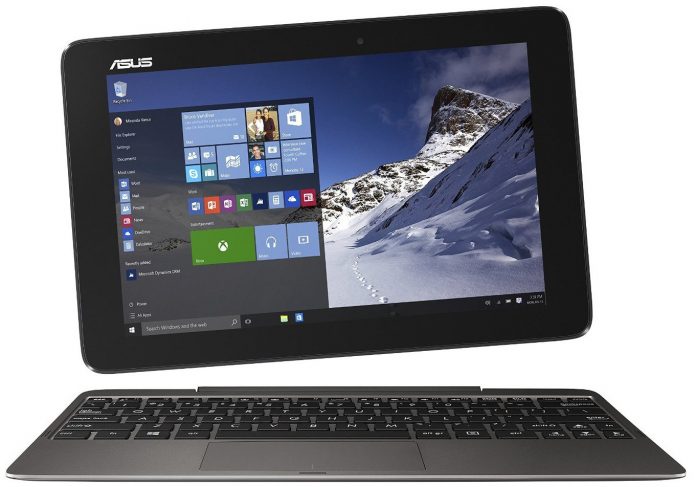 Since a few quarterly reports are in, some companies have revealed their sales of tablets and similar devices, so we know how the tablet market is behaving in 2018. One way it’s behaving is having detachables perform highly. The top 5 list shown below shows that Apple, Samsung and Huawei are the top 3 dogs, but there are more things to figure out here.

The iPad has 28.8% market share, Samsung 16.7% and Huawei 10%. IDC, the company that compiled the numbers stated that out of the 9.1 million iPads shipped over the past quarter, 1.8 million were Pro models, which are considered detachables. The IDC analysts are also quite optimistic about the future of Chrome OS devices. Growth is in their future for sure. 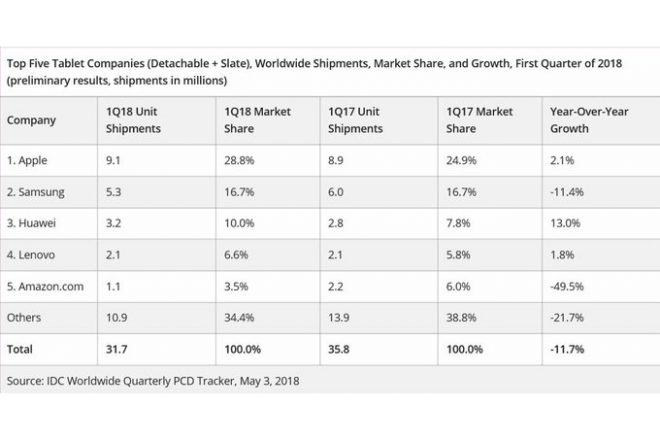 Microsoft’s Windows on ARM efforts are also mentioned in the report. Microsoft’s Surface was the pushed of detachables, but Microsoft doesn’t even make it to top 5 now. Windows on ARM devices have yet to make a splash or even a small dent, but their battery lives are crazy good. Detachables with Windows or Google platforms come with mouse and keyboard support.

Samsung plays on both ends, with both Android and Windows units. IDC predicts that the next3 quarters will really bring a jump of detachables, as regular tablets keep declining. What once was a niche is now bubbling up to mainstream and may even save the entire tablet segment alltogether. The problem with detachables is that their definition is vague enough to make them seem bigger than they are.