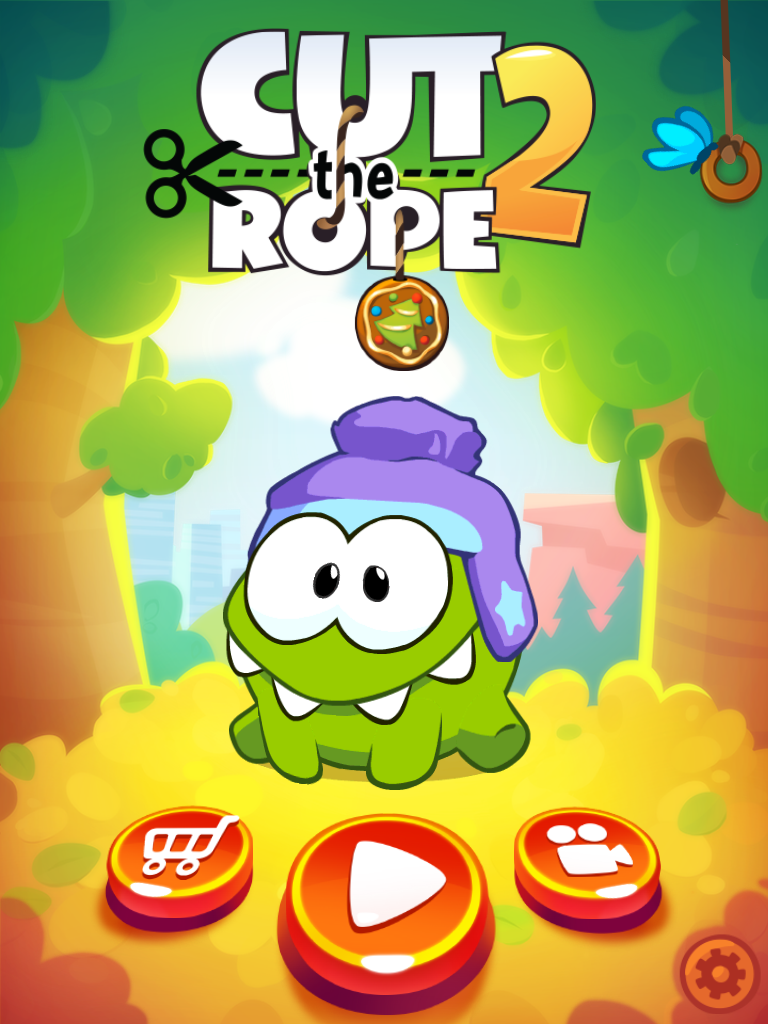 There are a few games out there that I ignored over the years because they seemed too childish from me. Those include Farmville and Candy Crush Saga and up until a few days ago Cut the Rope 2 was also on the list. Now it’s not, because I’ve played it for a few days and had a blast. 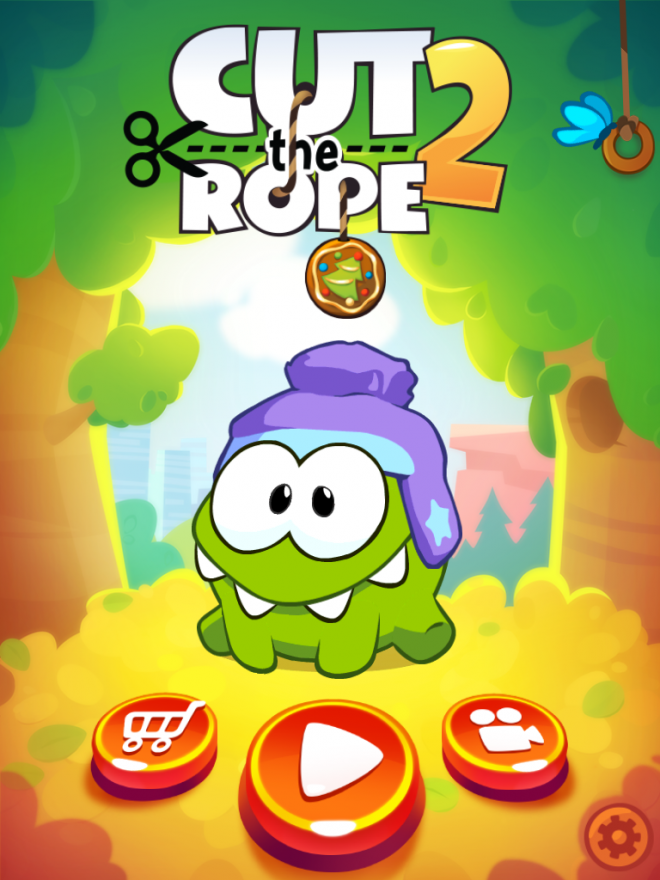 I played this title on the iPad Mini and you have to know that the game costs 1 dollar and brings 5 new locations: forest, sandy dam, junkyard, city park and underground. Each location brings a new character and one of them is a springboard, while another is a multiplying blue critter, while one uses his tongue to move around the little candy to the main character of the game. That’s actually the purpose of the game: getting candy to a little cute baby dinosaur of sorts. 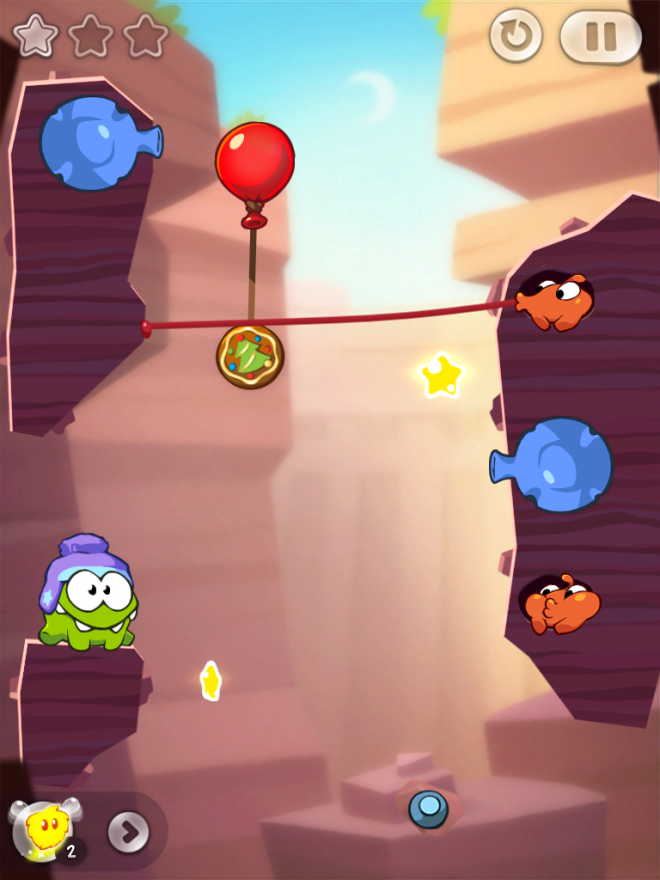 Cut the Rope 2 is made by Zeptolab and offers over one hundred levels of fun and physics puzzles. The title is very easy to play and the idea is to get all the stars in order to unlock further levels. The title is very funky and childish and aside from cutting ropes, you have to press buttons, use magnets and do some physics action.

The game also offers powerups, like raining candy, fireflies that guide to the level’s sollution and such. You can finish the game without in app purchases and I have to say I enjoyed the puzzles a lot, since they’re so beautiful. I’m going to give this game a 9.2 out of 10 and you can download it from here.