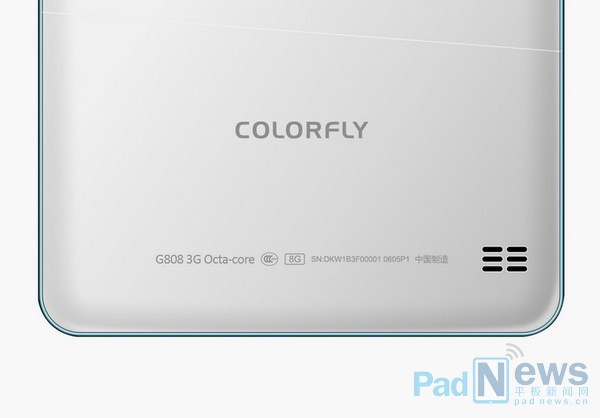 Colorful has unveiled a new tablet, a model dubbed Colorfly G808 3G, that features an 8 core CPU and 3G connectivity. It appears that 3G is a big deal among the features that people want on Asian tablets, that’s why Chinese makers are banking on it.

The G808 relies on an octa core MediaTek processor and it also has 3G capabilities, as well as an 8 inch screen. It appears that MediaTek has offered its solutions on 20 million tablet PC units during the first half of the year, so they’re quite popular in that area. It appears all we get is the image above and a few specs, so we have to speculate on the rest.

From what I see we get two small columns of speakers, 8 GB of storage, as printed on the device and what seems to be a metallic case with a plastic edge (or the other way around). Since this is a 3G model, phone calling is not excluded, as well as the presence of a SIM card slot right next to a microSD one. Android KitKat is pretty much a given here, as well as 1 or 2 GB of RAM.

ASUS Eee Pad Transformer Debuts in the US, Sells Out Fast