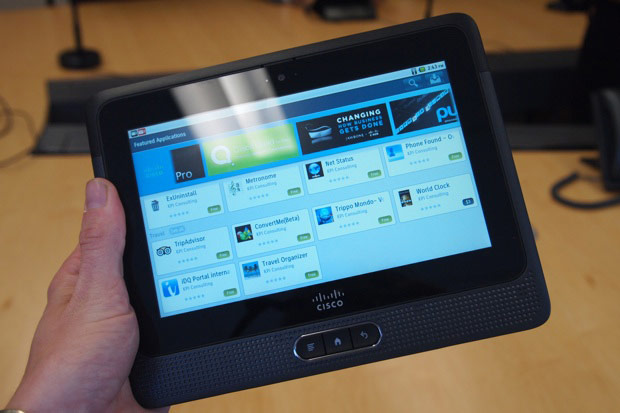 Cisco Cius is the latest in a series of business tablets, that went on sale at the end of March. Priced at $750, this model is ideal for the IT department in a company, since it’s very secure.

This slate uses the AppHQ, that’s a store for Android apps that have been tested by Cisco in order to ensure they don’t have any threat of malware. Also, the apps have been tested to see if they send sensitive information over the web, like it happens to some Android software. Cisco will also provide a store inside a store function, so companies can create their own apps, available to employees only. 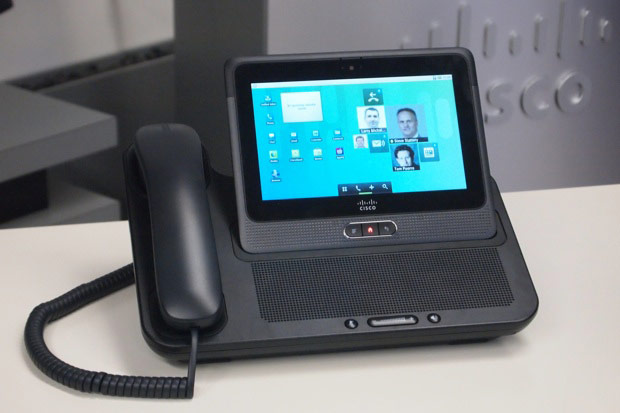 As far as specs go, the Cius is an Android 2.2 device with a 7 inch display (1024 x 600 pixels) and the HD Media Station, a docking station with 3 USB ports, a 3.5mm headset jack and Gigabit capable switch ports for wired connections. There’s also a speaker included in the dock and Power over Ethernet option, plus a DisplayPort. Now that’s what I call a complex dock station!

Other features of the tablet include an Intel Atom 1.6GHz CPU and the possibility to upgrade to Android Ice Cream in the future, as mentioned by Cisco. 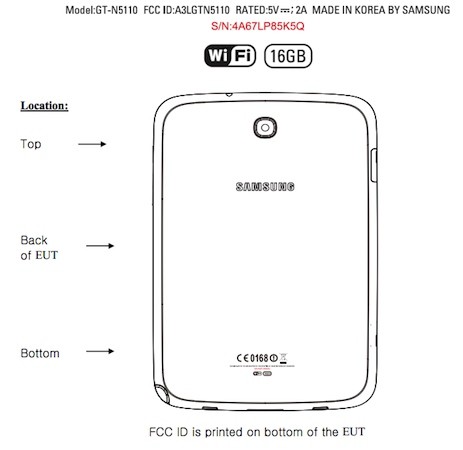