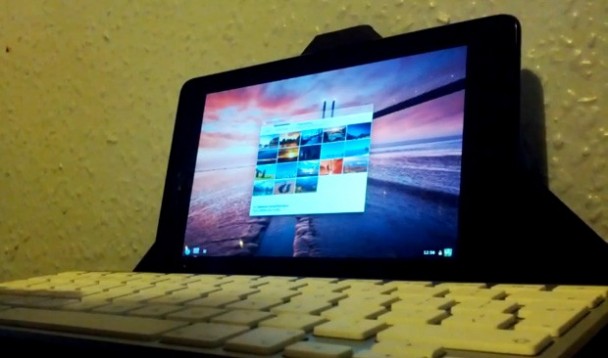 An unofficial build of ChromeOS made by Hexxeh (ChromeOS buff) was seen running on the Nexus 7 with some interesting features. It appears that Google may be considering a ChromeOS tablet, since the latest dev release of the platform offers the ability to rotate the display.

Such a feature won’t be useful on a laptop, so that’s clearly a hint towards tablets. The OS already offers touchscreen support, thanks to the Chromebook Pixel. The platform is likely to become more Android-like as far as navigation is concerned and recent rumors even claimed that the future release of Android will unify Chrome OS with the mobile Google OS.

Eric Schmidt did say that Chrome and Android won’t merge, but Google tends to be mysterious and deceiving like that. An interesting parallel here is that if an Android laptop is a terrible idea, a ChromeOS tablet is also a pretty bad thing. However, with a few retouches, Chrome OS might just become a solid tablet OS, maybe even better than the highly praised Ubuntu Touch.