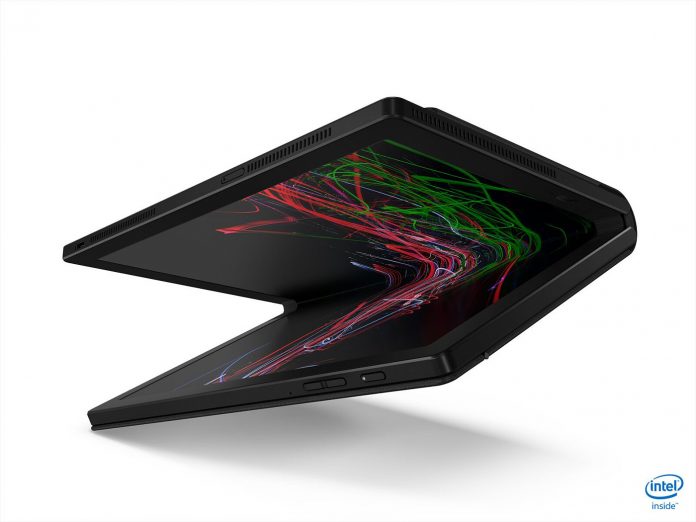 Last year, at Computex if I remember correctly Lenovo showcased a foldable laptop with a full screen experience. Now they’re back at CES 2020 with extra details about the device, including the price tag and launch date. Let’s meet the Lenovo ThinkPad X1 Fold.

So, we’re dealing with a laptop that has a flexible screen, a 4:3 OLED panel, which folds down the middle. Lenovo ThinkPad X1 Fold packs a 13.3 inch LG made pOLED touchscreen with a 4:3 aspect ratio and a resolution of 2048 x 1536 pixels. It has active pen support and when folded the device is very compact, easier to transport than most tablets even. It also weighs just 999 grams, pretty impressive for a 13.3 inch laptop. 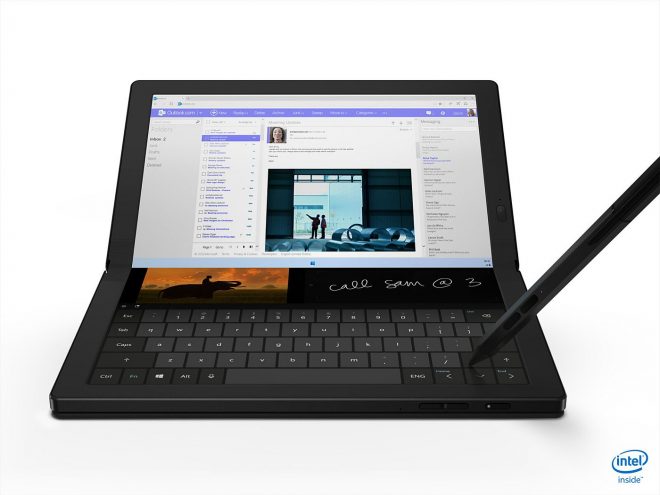 The device can be folded at 90 degrees, so you can use the bottom half as the virtual keyboard and the top side as the main screen. The ThinkPad X1 Fold is also bundled with a compact phyiscal Bluetooth keyboard, which can complement the virtual keyboard. You also get a leather cover of the device, that contains a stand. Lenovo claims that the product has been in development for 4 years and it has gone through a variety of design changes. 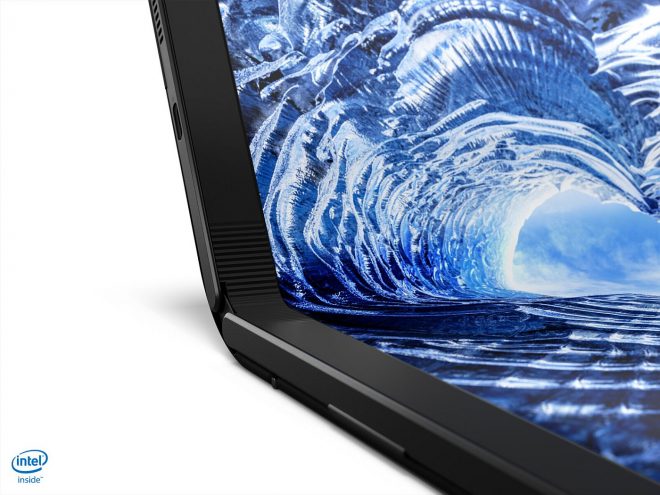 In the end the multi link torque mechanism won. ThinkPad X1 Fold is made out of carbon fiber and light weight metal alloys. Specs include 8 GB of RAM and a mystery Intel Core processor with “Intel Hybrid Technology”, that will also bring Intel Gen11 graphics. The price tag is $2500 and the device will come in mid 2020 with Windows 10. There will also be a Windows 10X version later on. 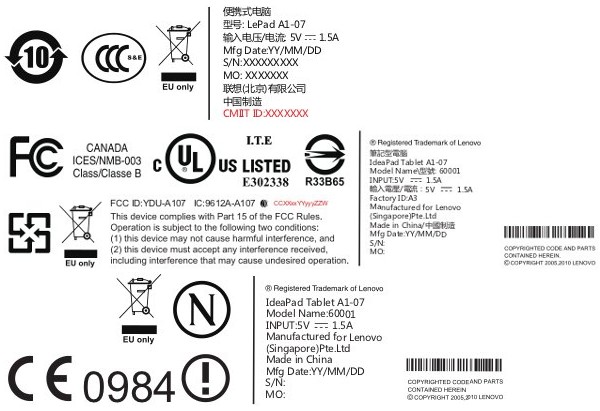