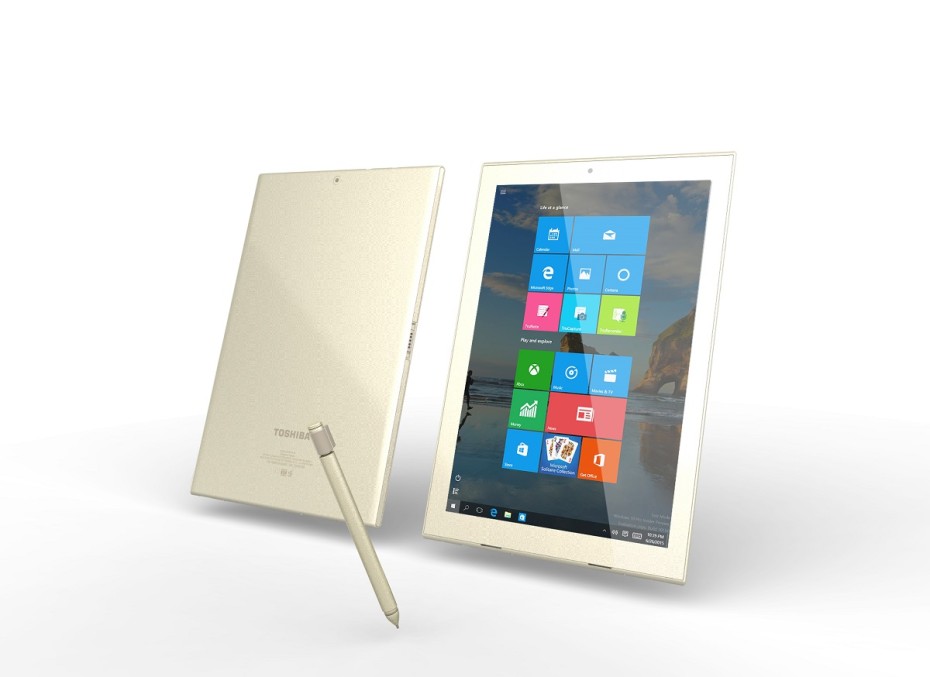 Toshiba announced at CES 2016, that it was starting to ship its latest 12 inch Dynapad slate, with Windows 10 on board. This model’s core feature is its slim waistline of just 0.27 inches and the weigh of 1.28 pounds is also good considering the diagonal. 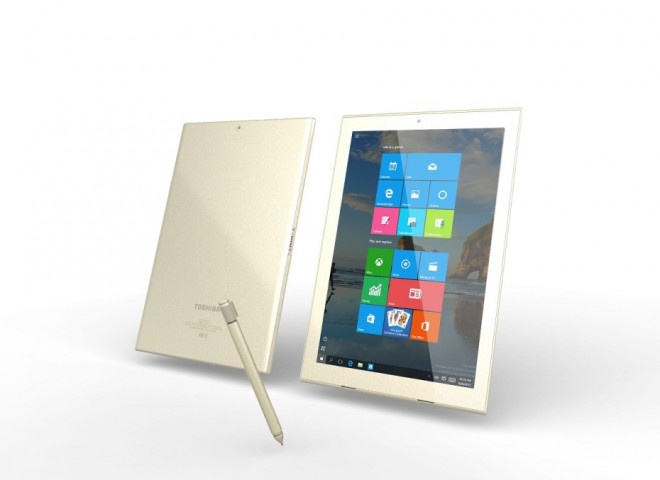 The device relies on digital ink technology from Wacom and lets you scribble notes on it using an electronic pen, that perfectly simulates the experience of writing on paper. Toshiba is taking preorders for the slate right now, with a price tag of $570 and the product will also reach Microsoft stores later this month.

Toshiba’s “active electrostatics TruPen” is intended to deliver ultimate pen precision and accuracy. It lets you sketch images and draw on the tablet, being thus aimed at designers, artists and students. The digitizer pen has its own battery and it lasts for over 1000 hours, while also supporting 2048 levels of pressure.

The screen offers a Full HD resolution and the tablet converts to a laptop with productivity features. Inside there’s an Intel Atom x5 Z8300 processor, flash storage and other specs include a microSD card slot, two microUSB 2.0 ports and a main 8 megapixel camera.