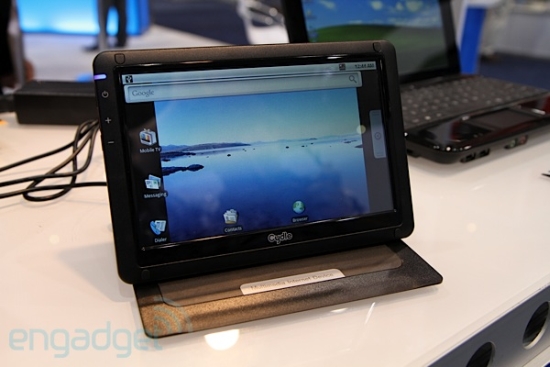 We know that the definition of a tablet is pretty much cancelled by a stand, so the Cydle M7 Android tablet is a pretty original gadget, showcased at CES 2010 these days. Said stand allows the device to be viewed in either landscape or portrait mode, just like a very cool monitor would.

Cydle M7 packs a 7 inch resistive touchscreen display, it uses beta Android software, an ATSC TV tuner and it comes with a $199 price tag. Apparently, this product will be used as a PC monitor as well and we learn that it also features a 800 MHz ARM11 processor and it’ll be available starting this Spring.

Also, its stand can act as a protective cover for the device, when not in use. 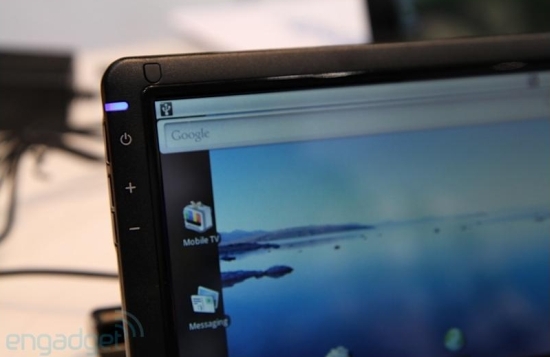 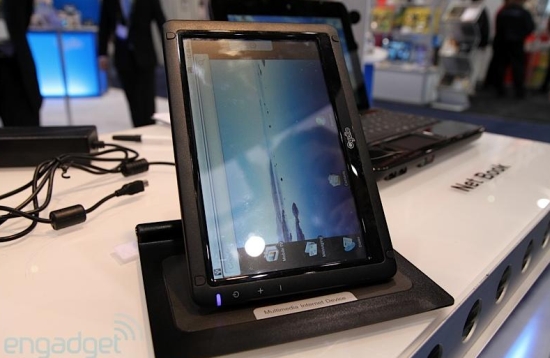 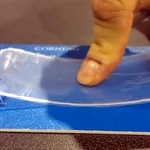