Here’s a niche that doesn’t get new products that often: the segment of business/rugged slates. These new models are made by Casio and they’ve just been unveiled. It’s strange that one would bundle the business features with the resilience of a tablet, but maybe you’re some sort of bigshot working in construction or something.

Casio made the announcement over the past hours and they debuted two tablets with rugged cases and pretty much the same specs. These models have ip54 dust and splashproof ratings, plus a lot of enterprise security features. They also get cool accessories like hand straps or neck hangers. The new models are Casio V-T500-GE and the V-T500-E. Both tablets have 10.1 inch LED backlit screens, NFC and OMAP4460 1.5 GHz dual core CPUs. There’s also a Secure Access Module slot on board for application with higher security requirements.

These newcomers run Android 4.0.4 and Casio says that the tablets can resist a drop from one meter. They also say these devices will have removable batteries. HSDPA connectivity is also on the specs list, as well as resilience to 50 degrees Celsius and minus 20 degrees. The screens of the devices support multifinger action and digitizer pen input, plus handwriting input. 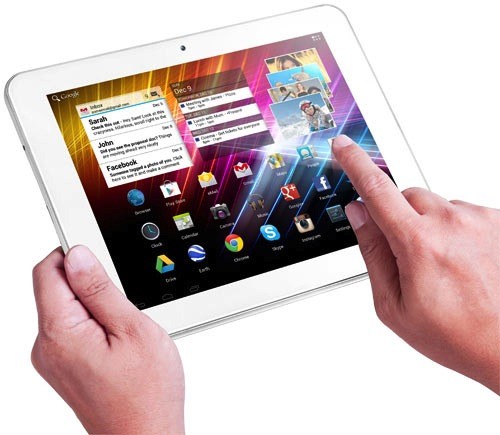