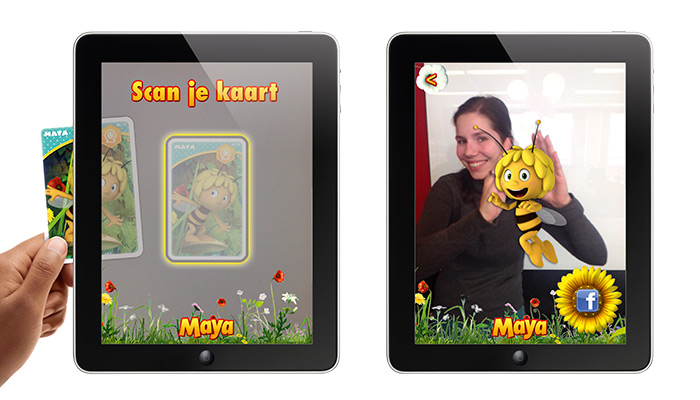 Recently, at an Apple Apps event, the Cartamundi company unveiled a concept of cards that allows iPad to interact with them in digital mode. You can place a card on the iPad screen and then you can see a character showing up in the image, then you can easily remove it by a simple tap. 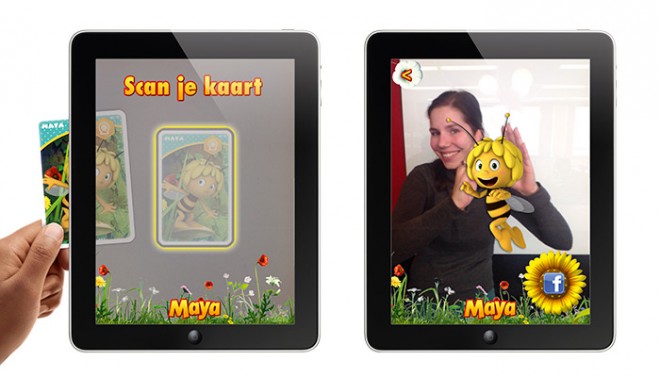 Cartamundi had a couple of different cards, one that allowed to place some smurfs characters on the screen, one card with a 3D visor, that allowed you to move the card around the iPad and find hidden items, that once discovered they show up on the screen.