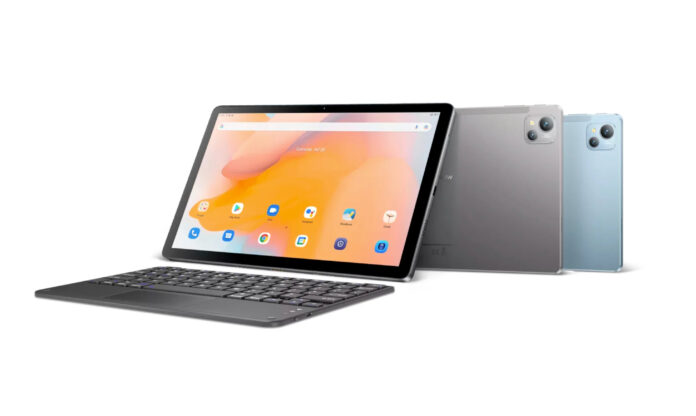 Blackview is a B brand for tablets and it just brought on the market a brand new device dubbed Blackview Tab 13. We’re dealing with a machine that comes with some pretty impressive specs for its price and runs on Android 12.

Inside it we find the MediaTek Helio G85 processor and upfront a 1200p display. The product is available in two colors. The Helio G85 chipset is also found on other popular devices, like the Moto G31 and Moto G41. The chip features two Cortex-A75 cores, six Cortex-A55 cores and also a Mali-G52 MP2 GPU. It comes with 6 GB of RAM and 128 GB of storage, while the screen is a 10.1 inch unit with a 1920 x 1200 pixel resolution. 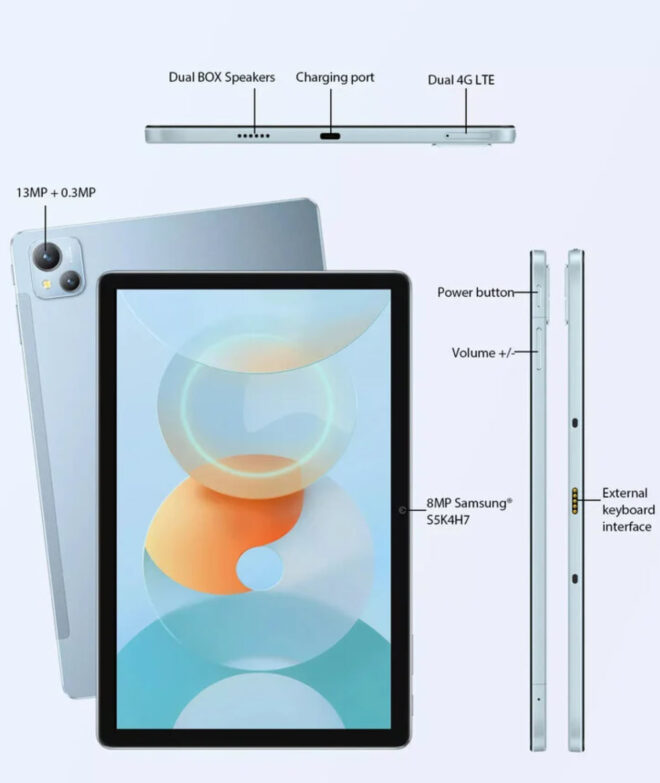 Blackview Tab 13 weighs 450 grams and has a 7.7 mm thick chassis. It comes with a 4G modem, a microSD card slot and a SIM card slot. The new tablet comes with RAM expansion technology, which we’ve seen quite often lately. This time it lets you expand memory by up to 3 GB. We also have TUV Rheinland certification for low blue light emissions from the screen. There’s also a PC mode here and the battery on board is said to be able to deliver up to 1080 hours of standby.

The storage can be expanded by up to 1 TB. Blackview Tab 13 is priced at $178.99 and it’s available in Twilight Blue and Space Grey color versions. In the package there’s also a charger and a screen protector. There’s also a detachable keyboard priced at $20.