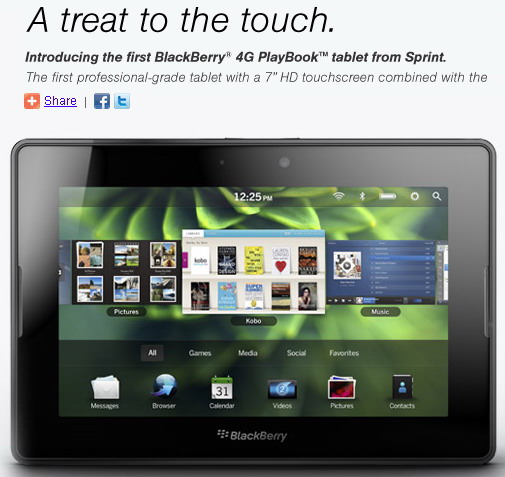 RIM has just unveiled the 4G version of the BlackBerry PlayBook tablet, that will be released by Sprint this summer. The device runs the QNX-based OS and features the same specs as the original device, including a 7 inch display and a 1GHz dual core CPU.

WiFi and a 5MP camera with HD video recording are also on board, as well as a 3MP front videocall camera. You’ll get the device in 3 flavors: 8GB, 16GB and 32GB of memory. No price was unveiled yet and if you’re looking for updates and hands on demos of the slate, you’ll find them at CES 2011.