Well, here’s a piece of news for you: Battlefield 4, a game that came to high end PCs last year is already running on iOS, on iPad Air models no less. Of course, it’s all in testing and prototype phase and far from an official release, but still it’s progress. 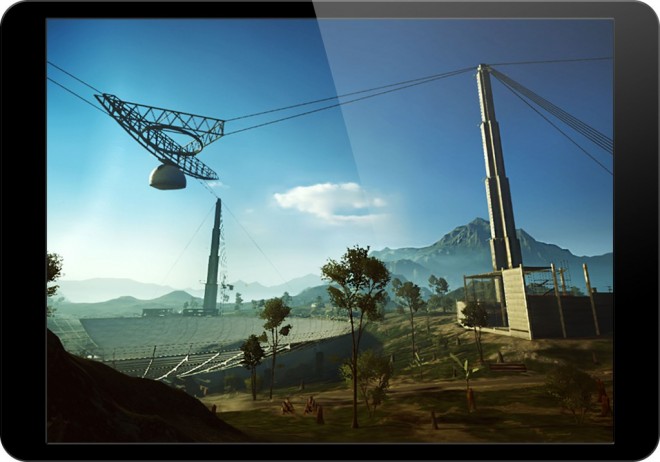 After seeing how Bioshock ended up on iOS, with disappointing textures and big sacrifices, we’re not so excited about another high end game being chopped up for mobile. The Frostbite engine behind this initiative was already put to work both during a Plants vs Zombies Garden Warfare presentation on the iPad Air and the Battlefield 4 Commander App. 1.3 million triangles were showing up on the screen at the same time during demos, so the engine is truly capable.

Hardware and software limitations were imposed when Battlefield 4 was tested on iOS. The problem was that destruction or moving light sources couldn’t be properly put on screen, but then came Metal and its new low level graphics API, opening a whole new world for game makers. Select parts of Battlefield 4 are running on iOS right now and with a bit more work, we’ll see the full game on the platform in no time.