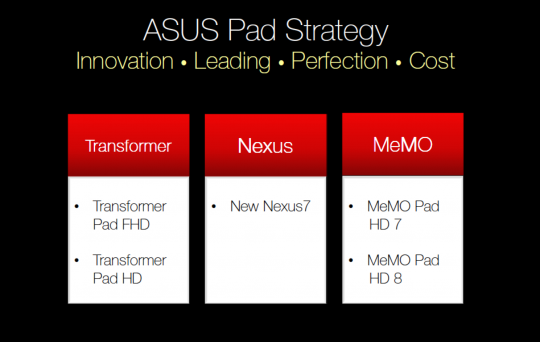 Apparently there was a talk in France, where ASUS spilled some beans regarding their strategy for the rest of the year. It involved some slides, that for some reason leaked out and showed the world their future products, most of them ready for an IFA 2013 unveiling. 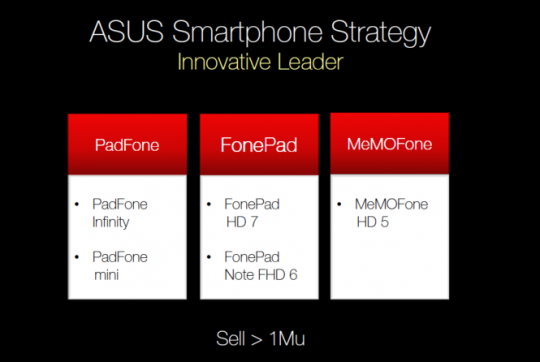 The list includes the ASUS PadFone Mini, a cheaper and smaller diagonal PadFone and the MeMoFone HD 5. This unit could be a budget 5 inch smartphone and we’re hearing that ASUS is also preparing a new device with an 8 inch diagonal and an affordable price tag. That model may also fit in the MeMo Pad series and be called the MeMo Pad HD 8.

We’re also expecting a new PadFone, that Snapdragon 800 A86 model that leaked so much and I’m sure that ASUS has got new Windows 8 models prepared to wow us at IFA 2013. Also, we’ve yet to see their 6 inch Note device, that FonePad Note that we’re waiting to enter the stores. Will covering so many diagonals, formats and price ranges suit the company? The PadFone Mini 7 incher with affordable prices may be excellent, because usually the PadFone had too high a cost to appeal to the general public. 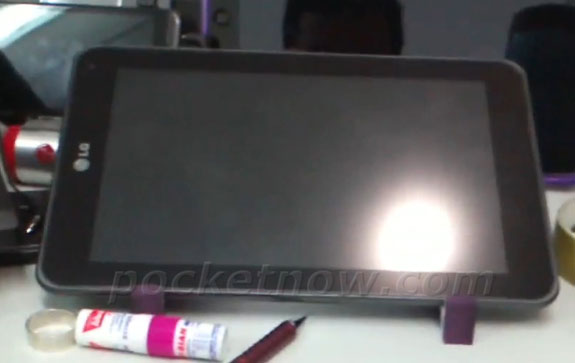