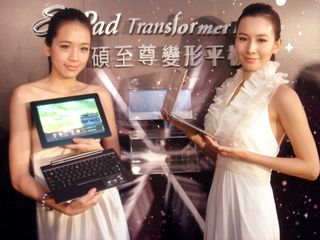 ASUS has great expectations for this year, predicting triple tablet sales for 2012, so the tablet PCs will increase from 1.8 million units in 2011 to 6 million this year. Android 4.0 Ice Cream Sandwich will be the driving force here and it will make its first impact in the world of ASUS by being offered as an update to the quad core Transformer Prime tablet on January 12th.

Asustek will become the first tablet maker to adopt this platform, according to Samson Hu, its VP and general manager (system business unit). Windows was also mentioned among the plans of the company, with Win 8 being the probable OS of choice here. ASUS has readied a 7 inch Android tablet and a 10 inch model for the CES show in the USA starting early next week, plus they’ll reveal two extra tablets as the year progresses.

You probably knew all of that already, since this info has been all over the media, but what’s interesting here is that the Asian company has high expectations for a year that might actually be divided between the iPad 3, iPad 4 and Windows 8 tablets from Samsung let’s say, when it comes to fame. In the meantime I’m curious to see how the Transformer Prime quad core experience adapts and Android ICS, defining what will later become the standard experience on slates.