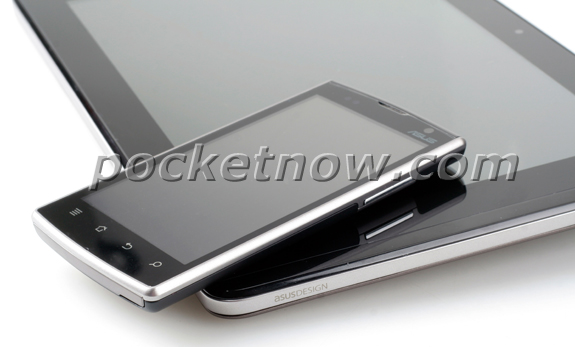 Ahead of the Computex 2011 introduction, the ASUS Padfone phone-tablet combo leaked online, courtesy of Pocketnow. This device includes a smartphone that uses the tablet as a dock, just like it’s shown in these images. The handset completely integrates in the device and it’s not even seen afterwards, since it’s covered with a lid.

The tablet should be available in two colors: copper and black. ASUS will allow the camera of the phone to “show through” a special hole, thus making it the camera of the slate. The slate also comes with dual speakers and this hybrid was recently revealed as a patent for which ASUS Applied. Padfone’s major leak comes after a teaser photo showing part of the device appeared online.

We’re curios if the CPU inside the phone also powers the entire gadget and also what the OS on board is. Could it be Ice Cream Sandwich, for this split personality unit? 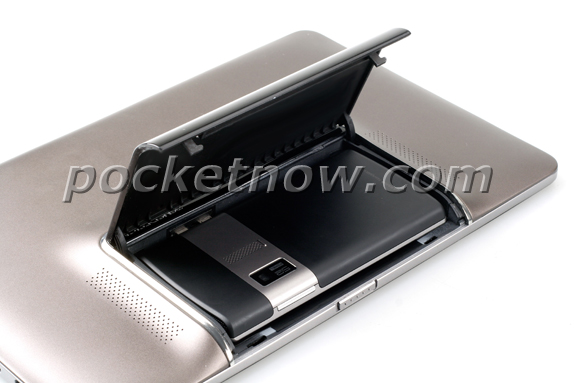