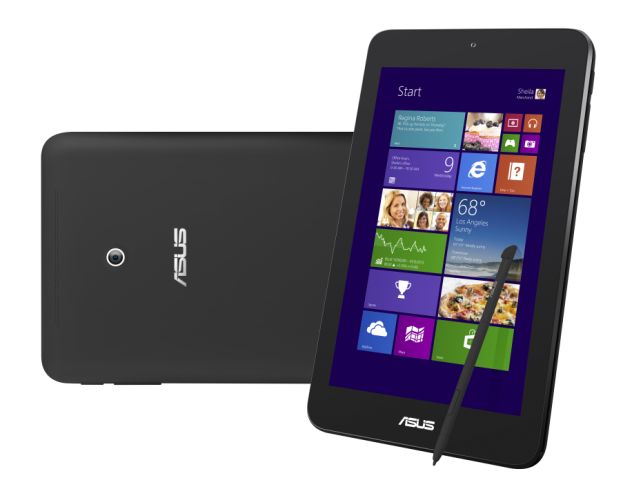 Asus had released the first 8-inch Windows 8.1 tablet, that comes with a Wacom active digitizer. The tablet it’s called VivoTab Note 8 and with that Wacom Pen integrated we can write or draw on the screen, because of the pressure-sensitive support.

The VivoTab Note 8 has a 8-inch IPS display, with 1280×800 resolution, an Intel Atom Z3740 quad-core processor, 2 GB of RAM, and microSD slot up to 64 GB. We also have a 5 megapixel camera, a front-facing HD camera and stereo speakers.

The main feature that makes this tablet stand out, it’s the Wacom pen, that supports over 1.000 levels of pressure and works with the handwriting features built into Windows, or with drawing and graphic apps. Asus VivoTab Note 8 will be available at the end of the first quarter of 2014 or the beginning of the 2nd quarter. The 32 GB model will cost around $299, while the 64 GB version will be priced at $349.