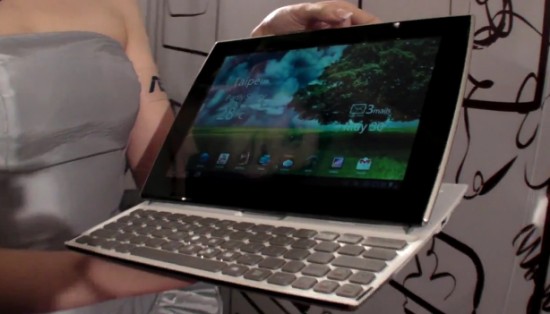 Last we heard, Asus Eee Pad Slider was Fall material, but it seems some countries are luckier than others. I’m talking about the recent info coming from Polish site Androidal, saying that Asus Poland posted on Facebook that the Eee Pad Slider will be available locally in August.

Well, at first the Slider was headed to the UK in August as well, but recently it was announced as delayed till this autumn, without a more exact release date. One might assume than e delay in Great Britain is also a delay in the entire Europe, but that’s not quite so. Together with the Polish details we get some prices: $669 for the 16GB unit and $810 for the 32GB one.

People in Poland will be able to pick up a tablet unit from local retailers such as Balta, Eco PC, Sferis, Reset and a bunch more. It seems that some central and East European countries are getting all the goods these days. Thus, after Romania got the Xperia Neo earlier than the UK )that has it delayed), now Poland gets this appealing slate earlier, too.

Sony Planning Board Confirms 10 Inch Tablet in the Works