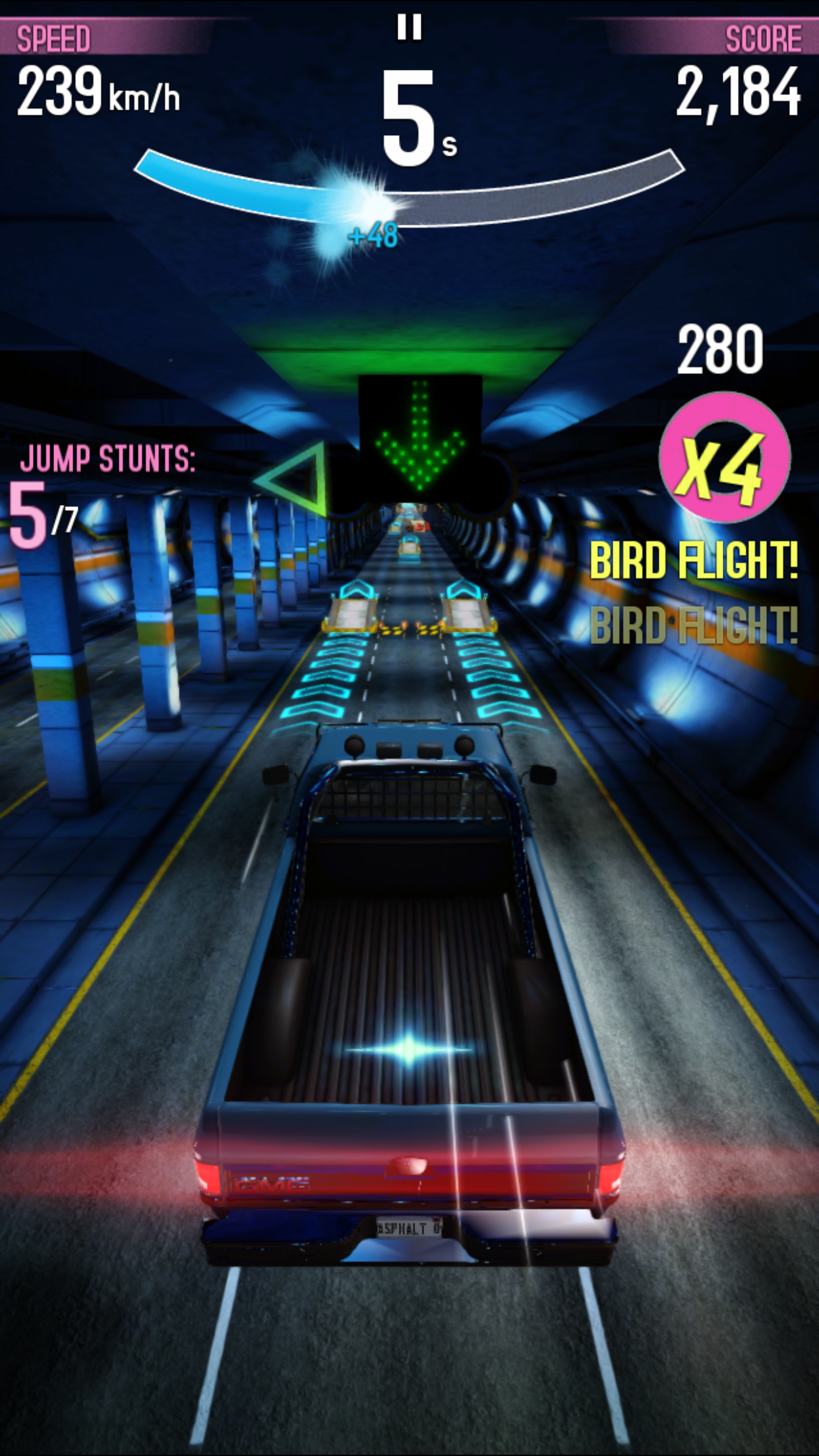 Asphalt Overdrive is a 180 degree switch from its predecessor, Asphalt 8, being less of an arcade racer and more of an endless runner with vehicles. We played the game on the iPhone 6 Plus and you should know that the title is available for free. 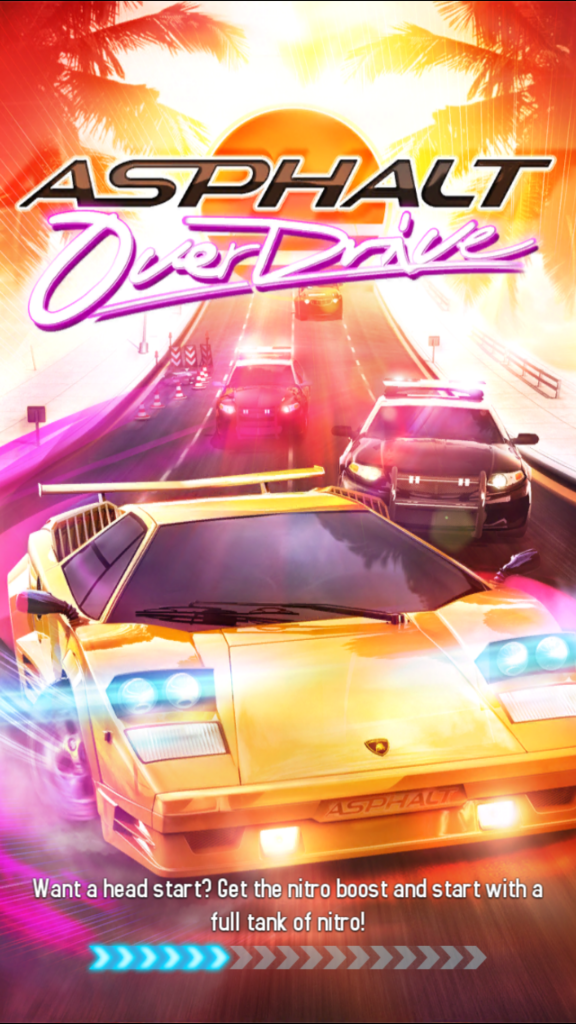 This is certainly not Asphalt 9, but rather a whole new spinoff of the series. We’re dealing with an endless runner with a 1980s atmosphere and Gameloft proposes here the usual freemium concept, that involves a stamina bar, a generous one to be honest. You’ve got an arcade endless running experience, divided into levels and including flashy neon graphics. Cops chase you, but only to give the gamer an incentive to run. Once they get you, it’s game over, but the idea is to run as many meters, as fast as possible. 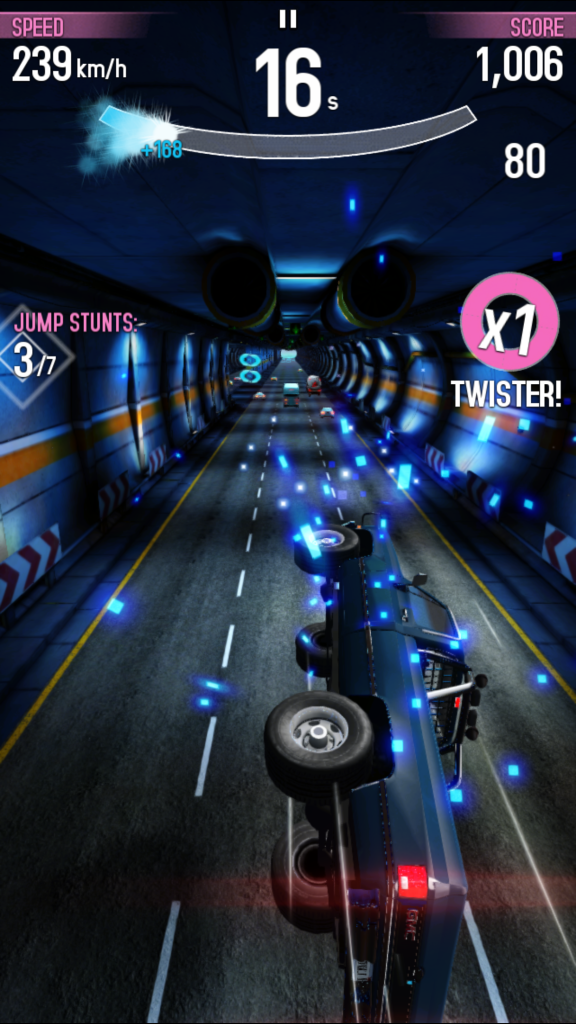 You can swipe to the left or right to move the car and perform tricks, by swiping and to the side when flying off the ramp. You earn money after races and you use them to buy cars and upgrades. The missions are varied and include the number of tricks performed in a time limit, the number of cars hit, the meters that you outrun the cops on and there are even boss battles in the mix. Asphalt Overdrive features retro cars, that are pretty expensive and even some Lambos and Ferraris made the cut.

In order to achieve nitro, you need to collect it as a powerup from the track or perform tricks to earn. There are also multipliers, achieved by hitting cars from the side to earn points and nitro, too. Just like in Angry Birds, you get 3 stars per level and the stars unlock new challenges. Asphalt Overdrive is a fun game, with flashy, but great graphics and the play sessions are very short. We give this game a 8.2 out of 10 and while it’s fun to play, the lack of difficulty and the repetitive nature of the experience isn’t exactly appealing.

You can get the game from here on iOS.