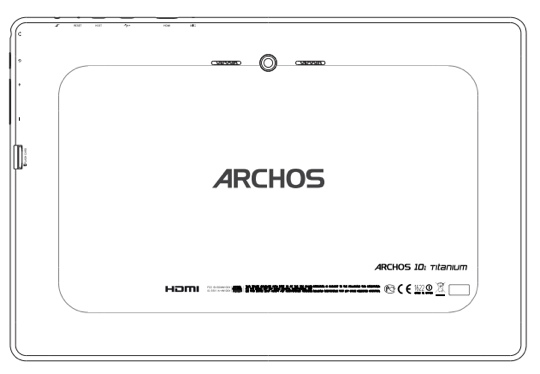 Archos unveiled its latest products in the Titanium lineup during CES 2013 and it seems that the slates have started to appear at the FCC. The authority that approves products ahead of their release already gave its blessing for the upcoming Archos 70 and 101 Titanium tablets.

No idea when those two will hit the shops, but usually it’s pretty soon after getting the approval. The Titanium tablet line has some common elements, like the IPS touchscreens, quad core GPU and dual core 1.6 GHz processor. The lineup is also supposed to have a sleek aluminum body and Android 4.1 Jelly Bean as the OS. It’s the display size that sets them apart. The Archos 70 comes with a 7 inch display, while the Archos 101 uses a 10.1 inch display.

These are Google certified tablets, so they will have access to the Play Store. The 70 Titanium model is expected to sell for $119, while the Archos 101 will set you back $199. Apart from these two newcomers, the Titanium series also includes the Archos 80 and Archos 97 models with 8 inch and 9.7 inch screens. The Archos 97 Titanium was unveiled just ahead Christmas and it was shown to pack an IPS display, with a resolution of 2048 x 1536 pixels. This one sells for $249.