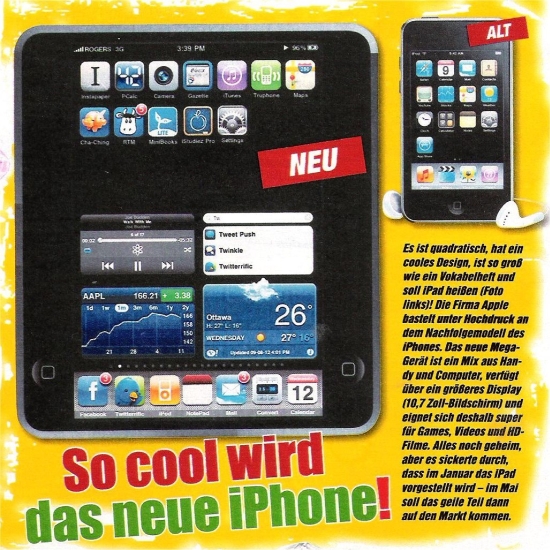 Of all the places to get the confirmation of the long awaited Apple Tablet, a German kids magazine is the last place we would have counted on. Said teenie mag includes the photo below, most likely a Photoshop work messing with some iPhones and claims that this is in fact the new tablet from Cupertino.

Apparently, it sports a 10.2 inch display and it should be called the iPad. Also, the magazine mentions a launch date scheduled for January, but it’s all irrelevant, considering the poor quality of this photo edit. If we start following kids magazines, next thing you know, we’ll be switching on the Disney channel for gadget reviews.