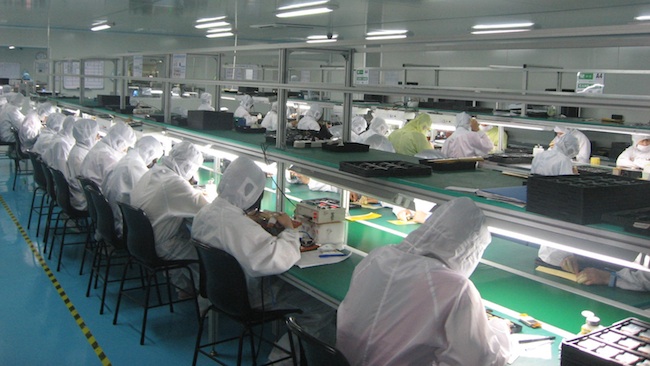 We’ve heard this rumor before, but now it’s back with solid info… Sharp and Apple are about to tie the knot and this time Peter Misek, Jefferies analyst confirms the upcoming move, saying that he’s just back from a trip in Japan, where he learned the specifics.

Apple supposedly invested around $1 billion in Sharp’s manufacturing equipment, maybe in order to bring them to the level required by the Cupertino bosses. It appears that the iPhone maker wants to stop depending on Samsung, considering their latest conflicts. After all, you can’t call a company copycat, drag it into court and ask it for reduced prices when you make a deal…

It also appears that Samsung and Sharp have worked together to create a new display technology (IGZO), that will generate screens with 330 pixel per inch performance. IGZO has low power usage, OLED-like quality and a cheaper price, so everyone wins. OLED is also in the future of both companies, but the switch will be made in 2012 or 2013. In the meantime, Misek says that we should expect Apple’s television set and the iPhone 5 to also get components from Sharp.

The product will apparently keep the speculated iTV name and use a Sharp display.