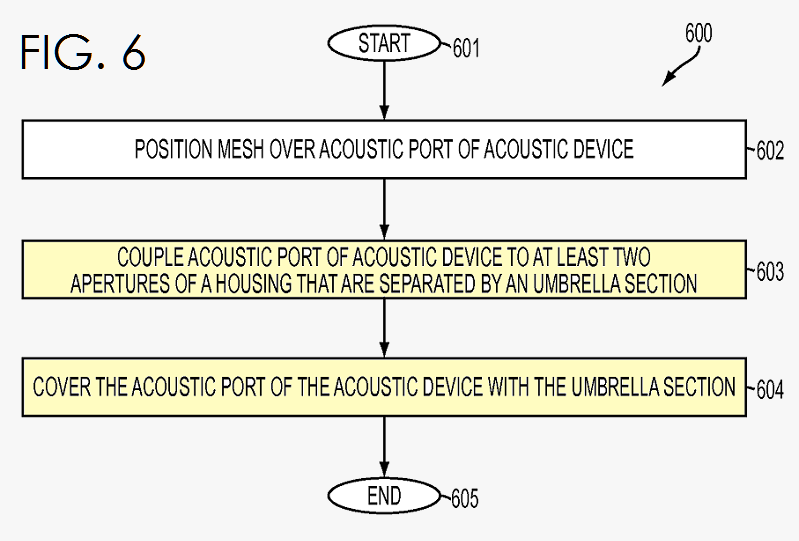 Apple seems to be tinkering with waterproofing technologies for its iDevices and they’ve been doing that for a while. Now, at the end of last week a new patent surfaced, straight out of the USPTO, regarding an evolution of these technologies.

Apple’s patent shows that the invention will apply to a future iPad, but we may also see it on other future devices. It’s unclear if the iPad Air 3 makes use of these improvements or not. Documents mention that various apertures of the chassis will be separated by an umbrella section and may be coupled to the acoustic port so it will cover it up. 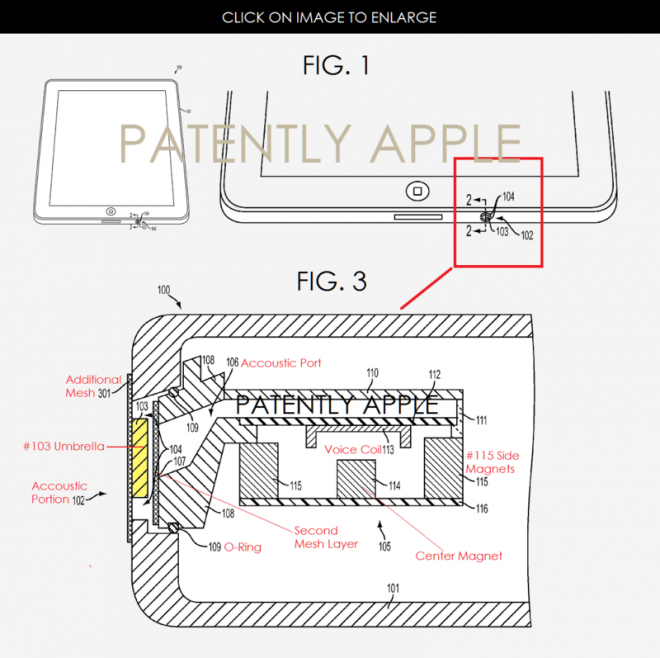 This means that when and if a liquid enters one or more of the apertures, the umbrella section directs it away from the mesh and internal components. Apple also mentions that the umbrella section may be wider than the acoustic port in order to cover the area occupied by the acoustic port entirely. The mesh may even resist the passage of liquid, under sufficient pressure.

Heating elements for eliminating liquid are also listed. Apple seems to be focusing on the iPad a lot with this patent, but it’s clear that the tech could easily apply to all of their products. 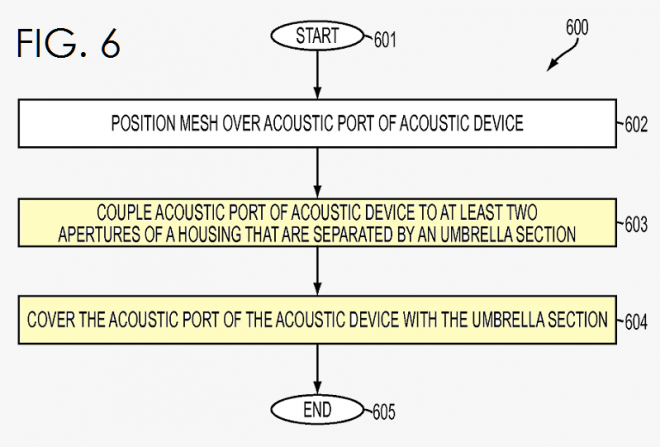 Apple’s WWDC 2014 Conference Taking Place Between June 2nd and the...