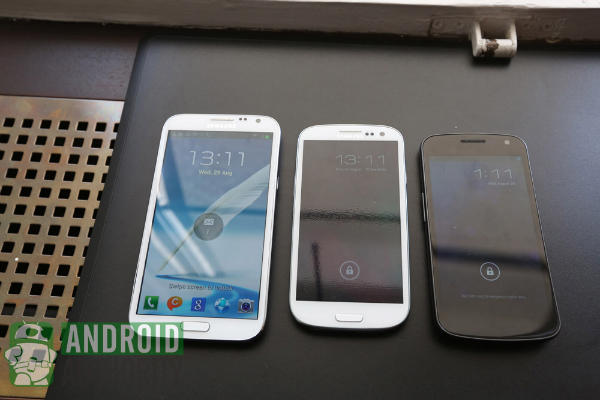 If you’re the owner of a Galaxy Note II phablet or the Galaxy S III flagship from last year, we have good news for you. The devices may get Android 4.3 directly, skipping Android 4.2.2. A fresh report is saying that Sammy is already working on the Android 4.3 update for some top devices.

This is just a rumor, so take it with the required grain of salt, although it has been supposedly confirmed by sources from Samsung India. Android 4.2.2 was already leaked for the Galaxy S III, while Android 4.3 was leaked for the Galaxy S4. Google is expected to launch version 4.3 of Jelly Bean soon, so it may make sense to skip 4.2.2. and go to the newcomer.

The report claims that Android 4.2.2 would arrive on the Note II in November instead of July, as expected, so this is bad news. However, if we do get Android 4.3, I guess the waiting will be less painful. The source ends the report saying that the Galaxy Note III, Galaxy Note II and Galaxy S III and S4 will get Android 5.0 Key Lime Pie, being compatible with it.