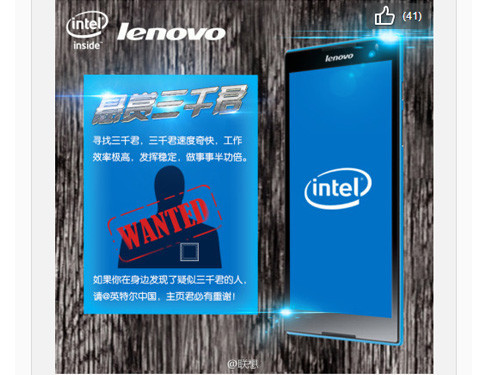 Among other products released on the market by Lenovo, this Chinese producer is also developing tablets. Recently, a mysterious Lenovo tablet showed up online, an information unveiled by the guys from pad.cnmo.com.

As you can see in the picture above, the tablet comes with an Intel processor inside and with dual front-facing speakers. Even if we don’t know any other specs, it seems that this slate will have a 8 inch display or even a 7-inch one.

This Lenovo tablet could arrive on the market in several color variations like the blue found in the picture above. Yet, we still don’t know when this tablet is going to be released.