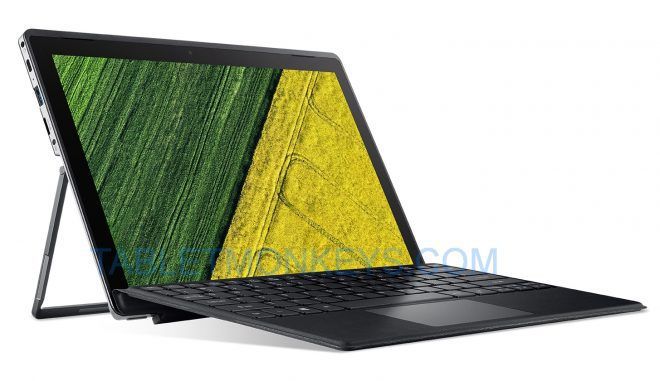 Acer has a new 2 in 1 tablet coming, a model that could be cheaper than the Switch Alpha 12 released last summer. The newcomer is dubbed Acer Aspire Switch 3 Pro and it’s said to be based on the LiquidLoop fanless cooling system. 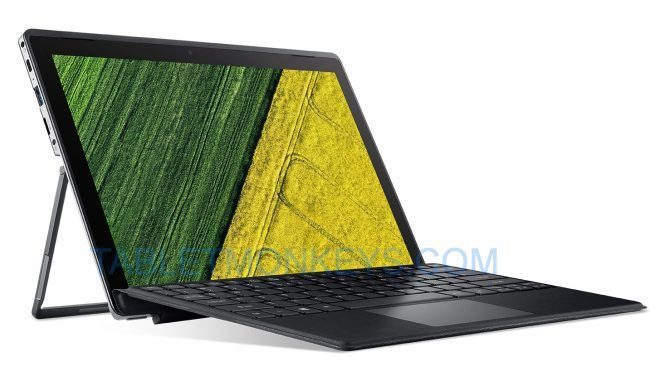 The product will rely on an Intel Pentium N4200 Apollo Lake processor and not a Core i3, Core i5 or Core i7 chipset. Aside from the regular sources, there are also listings of the product that confirm its features. It should have 64 GB of storage, Windows 10 Pro as the OS and other than that we don’t know. No trace of RAM, battery, or even the screen resolution, although Full HD is a safe bet. 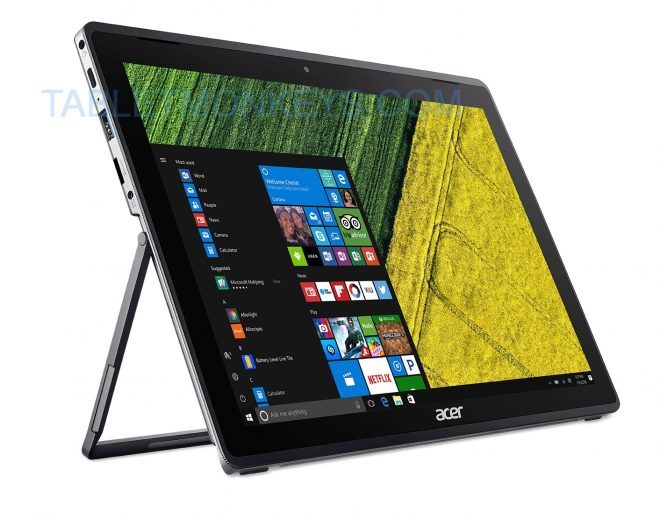 The leaked pictures show a design similar to the predecessor’s, with a built in kickstand, a soft keyboard cover that attaches to the base of the slate using magnets and front, plus rear cameras. The device comes with USB Type A and Type C ports, as well as a microSD card slot. It’s got a pen holder on the side, so an active digitizer should also be in the mix.

Acer has an event scheduled for tomorrow in New York and this product could arrive there. 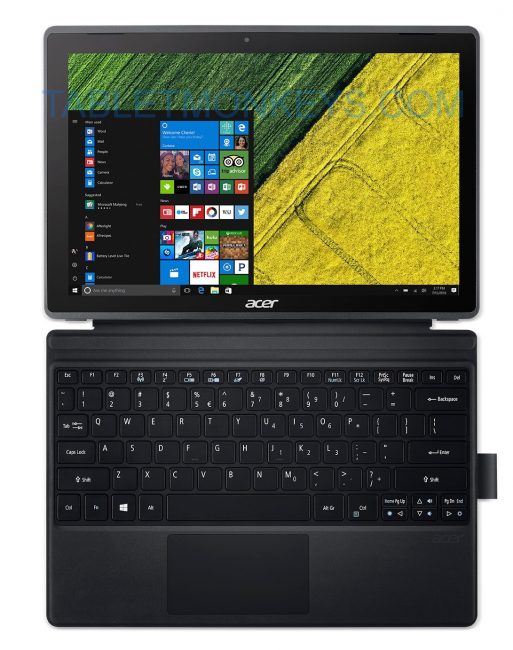 Acer Iconia One 7 is a New Budget Tablet