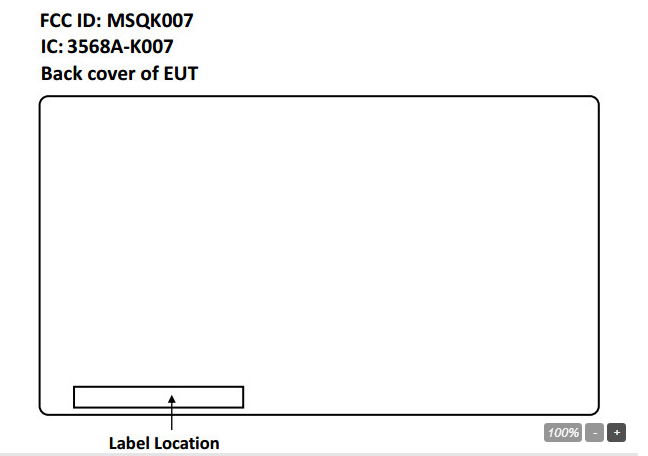 A new ASUS tablet has hit the FCC, with an Intel Moorefield processor inside. It appears that this one is a 64 bit CPU, optimized for mobile devices with Android on board. The newcomer is listed at the FCC as the K007 model name and we even get specs for it.

This one is a 7 incher, that relies on the Atom Z3560 processor, clocked at up to 1.8 GHz. We also get an IPS LCD screen upfront with a 1920 x 1200 pixel resolution, a 5 megapixel back camera and a more modest front shooter for videocalls. There’s Bluetooth on board, WiFi, GPS and 16 or 32 GB of storage. This new slate uses a 15 Ah battery, that would be great for this diagonal size, if it’s true and not a mistake written in the documents.

It’s probably an error that can be seen as 15 Wh in fact, equaling 3.95 Ah. One may say that this is in fact one of the three tablets that ASUS released in June also packing similar Intel processors. However, neither of those has these specs. Could this be yet another new MeMo Pad, or maybe a successor to the Nexus 7 2013?