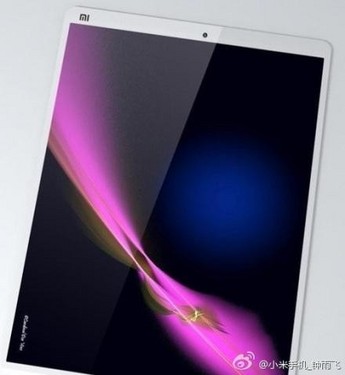 Straight out of China comes a source telling us that tomorrow the long awaited Xiaomi MiPad tablet will debut and it will feature a 7 inch display and some mid to high end specs. The info is supposed to come from a social networking profile of an operating manager connected to Xiaomi.

The debut is scheduled for July 31st, which is tomorrow and the device will feature a narrow frame design, so the bezel will be as small as possible. There will be a front camera included and the resolution of the 7 inch screen is supposed to be 1280 x 800 pixels, while inside there should be either a MediaTek 1.5 GHz MT8125 processor or a 1.2 GHz quad core Tegra 3.

There’s also 1 GB of RAM on board, 16 GB of storage and a high capacity 4000 mAh battery. There’s a 13 MP rear camera as well, support for Full HD playback and MIUI V5 as the software on top of Android. The product will support EDGE connectivity and incorporate a gyroscope, WiFi, GPS and Bluetooth 4.0. Price? About 999 yuan ($162), said the same source.

Android 3.2 Honeycomb Created Especially for 7 Inch Tablets, but Will...