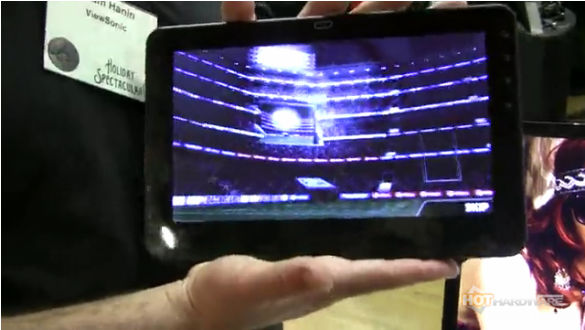 The folks of Laptop Mag recently reviewed the new Viewsonic G tablet, that’s apparently not all that impressive, according to Avram Piltch, the guy doing the review shown below. This is a Tegra-based slate with the major drawback of lacking app store support, access to Android Market and even the basic Google Maps and Google Talk functionality.

Also, the device seems to lag at times, so it’s still far from the definition of an iPad rival. The Viewsonic G doesn’t give you enough goodies for the $399 price tag, so you’re better off with the more expensive and better specced Samsung Galaxy Tab.

Sony Planning Board Confirms 10 Inch Tablet in the Works