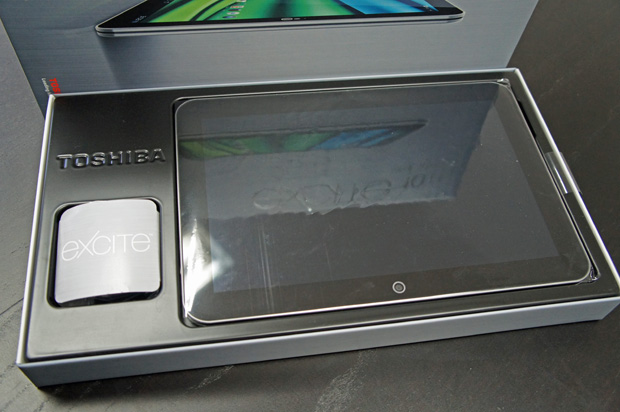 The lucky guys of Gottabemobile had the unique opportunity of unboxing the Toshiba Excite 10 LE tablet and published some pictures online with the interesting device. Now we have a look at the way they detailed their first experience with the slate.

It’s important to mention that this tablet received its first reviews earlier this month and they were mixed. Most people complained about the presence of Honeycomb as the main flaw of the product, but meanwhile, this week Toshiba already offered the Android 4.0 update via OTA. Back to the unboxing, we’ve got a minimalist package here, an USB wall adapter inside and an USB cord with proprietary 30 pin connector. Toshiba Excite 10 LE packs a micro HDMI port, a microSD card slot, both sitting alongside the headphone jack.

I should also mention the fact that this Android tablet is the thinnest model available out there (7.7mm) and even with the slim waistline, there are enough ports to satisfy everyone. As far as the software goes, you get ICS in the stock version, plus a bunch of preloaded apps. The rest is exactly the same and unchanged. More info can be found in the source link below. 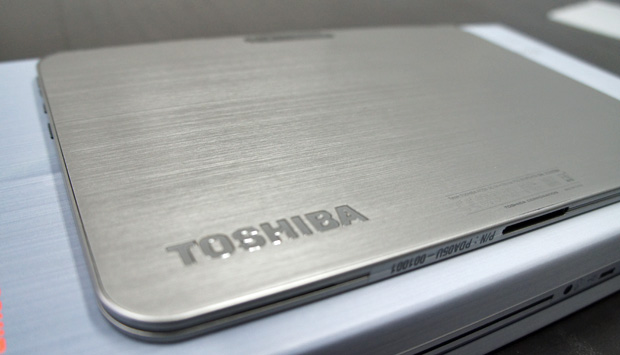 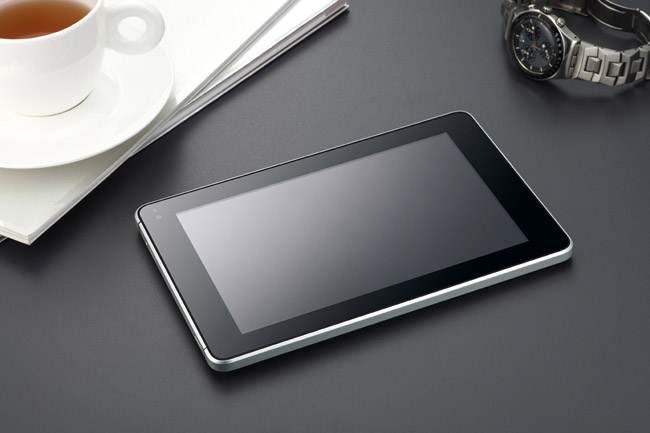