Well, the thing is that Sweden winning the World Cup is more likely than getting to use such technologies in 2014, but who knows? The video below shows how current touchscreen devices will evolve and surpass the notion of tablet and interconnectivity. Everyone will be connected instantly and sharing will be done with a single gesture, even if you’re in the bathroom washing your teeth in front of a Microsoft Surface-like device:

Our favorite moment was when the guy at work showed his colleague the sports news and he spotted it from the other side of the display, meaning that the touch computer he was using was both transparent and based on dual screens. Great innovation, but is it viable for the next 4 years? 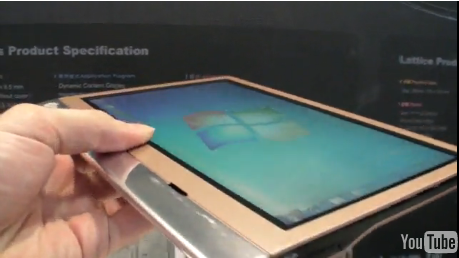