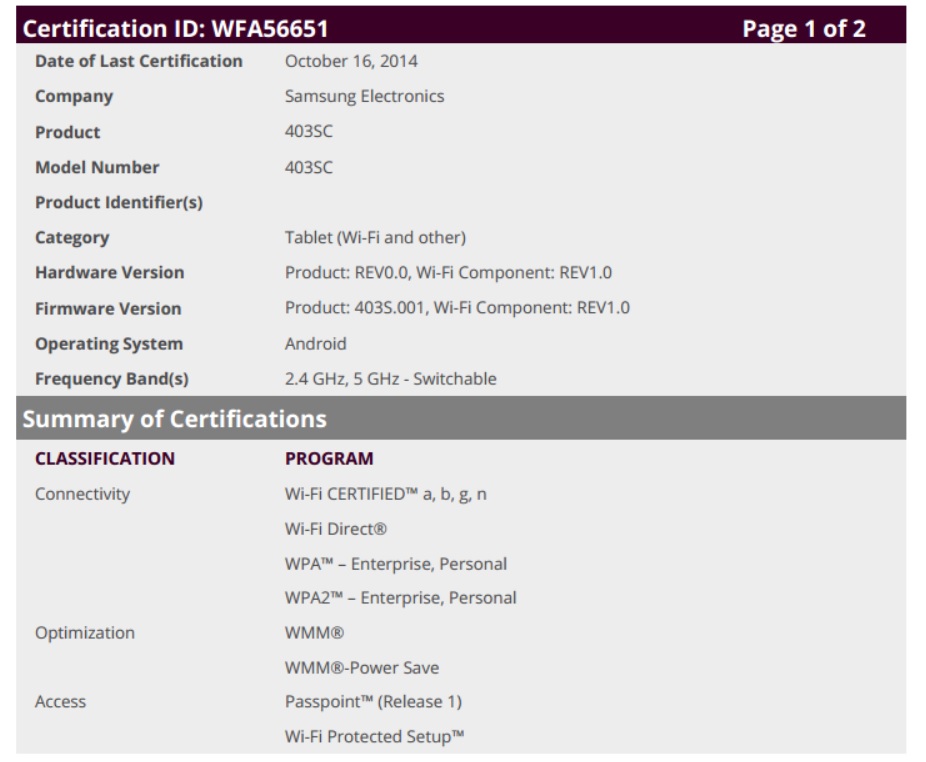 Samsung has accustomed us to launches every week or so, so I’m surprised to say I can’t remember the last time they launched a new tablet. In the meantime we learn that they’re working on a new slate for the Japanese carrier SoftBank. 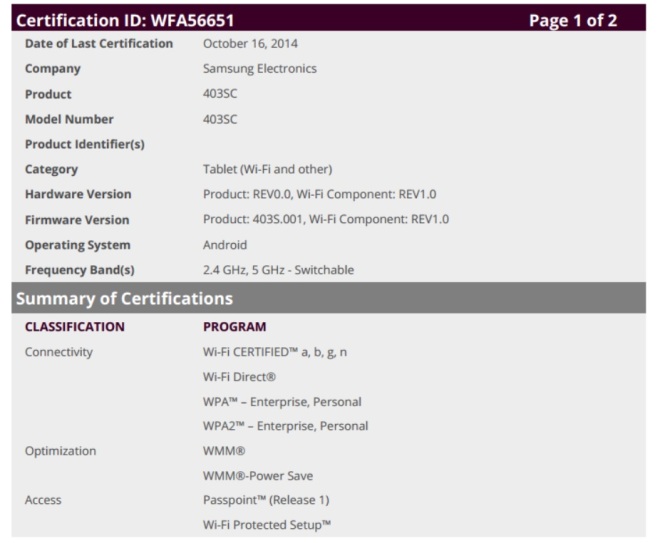 The newcomer was certified on the WiFi authority recently, passing the tests under the codenamed Samsung 403SC. The newcomer is expected to work on IEEE 802.11 a/b/g/n networks and it’s a dual band device. This one is an unpublished device model, so we have no idea what it is. It runs Android and it could simply be a version of an existing tablet, or maybe the rumored Samsung Galaxy Note 10.1 2015 Edition.

I’ll remind you we’re also waiting on a new 13 inch Samsung tablet, perhaps a new chance for the Galaxy Note 8 at some point and maybe a gaming tablet arriving in time for Christmas. These are speculations, especially since Samsung has the market covered, with the Tab 4 series, Tab Pro, Note Pro and Tab S models. 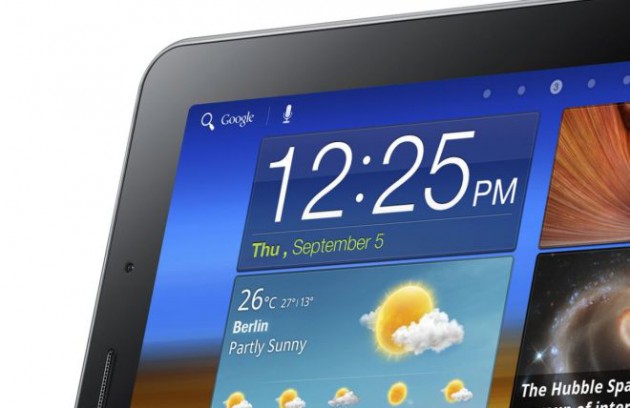