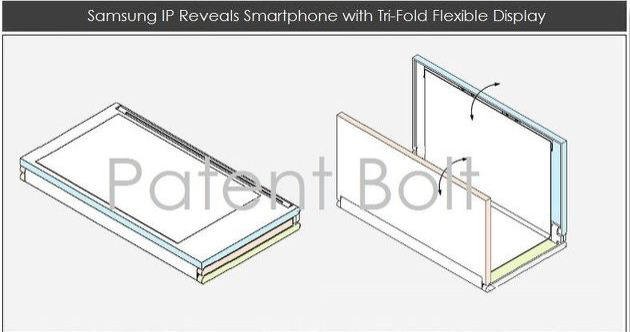 It has been around 2 years since Samsung has been enthusiastically showcasing folding devices at CES or other similar shows and since then only feeble attempts at flexibility like the Galaxy Round have appeared on the market. Meanwhile, LG G Flex was actually closer to the definition of a flexible device. And now Samsung want to release a folding tablet in early 2015.

The idea of a flexible, bendable and foldable display has been discussed ever since Nokia published the Morph concept back in 2008. Nobody has actually acted out on that idea and all we have now are concepts or prototypes that are not cost effective, or are breakable or have poor battery life. Samsung wants to release an 8 to 9 inch Full HD OLED display tablet model, that will be folded twice into a smaller smartphone sized device.

Prototypes of this gizmo are already said to exist and the company is building up towards a commercial release and mass production. Of course, initially the product will be costly and it will only be limited to South Korea and other markets like that. It will be interesting to see how Samsung will customized its software experience for the new design format… Would you buy this tablet?