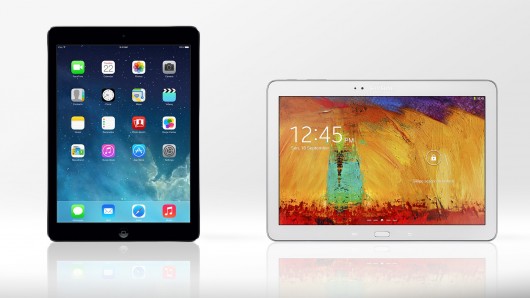 The battle between Samsung and Apple has become more fierce in the tablet segment, as Samsung is getting closer and closer to first placed Apple. The two companies combined sold 71% of the 41.3 million branded tablets in the first quarter of 2014, according to ABI Research.

Samsung’s tablet growth continues, aided by varied models, like the TabPRO series units, the Tab 4 and the Galaxy Notes. The 2013 retail push in North America and Western Europe is to thank for here in the case of this growth. Usually the first 3 months of the year are associated to low sales, but Apple still managed to move 16.4 million units, about 10% less than in the same time frame last year.

Samsung moved 13 million slates, while ASUS seems to have been third, with 2.1 million. Android leads the pack, with 56.3% of the shipments in Q1, followed by iOS, with 39.6% and Windows 8/RT with 4.1%. It appears that 1 in 5 tablets shipped with an embedded modem, so 3G tablets are a thing now.

Amazon’s $50 Fire Tablet Can be Tweaked to Function Like a...