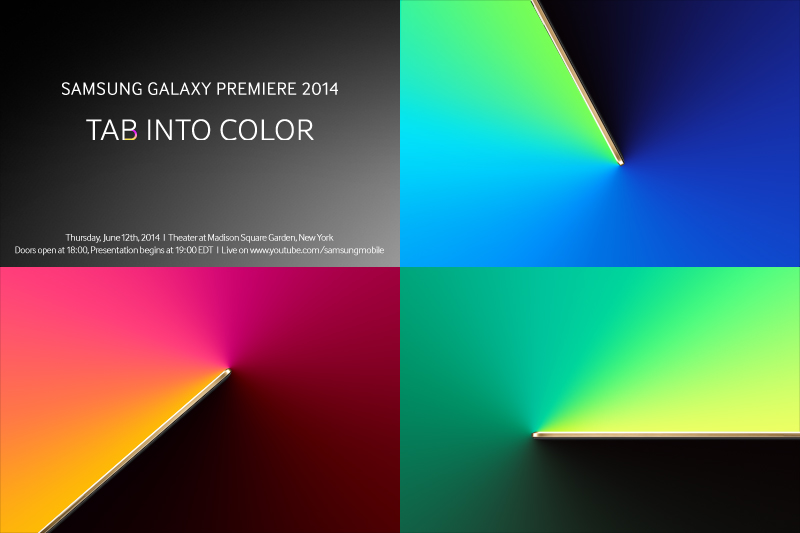 Samsung has a new big event coming, one that may mark the debut of its long awaited AMOLED tablets. Those two have leaked a bunch of times in an 8.4 inch version and a 10.5 inch version. The event will take place on June 12th. 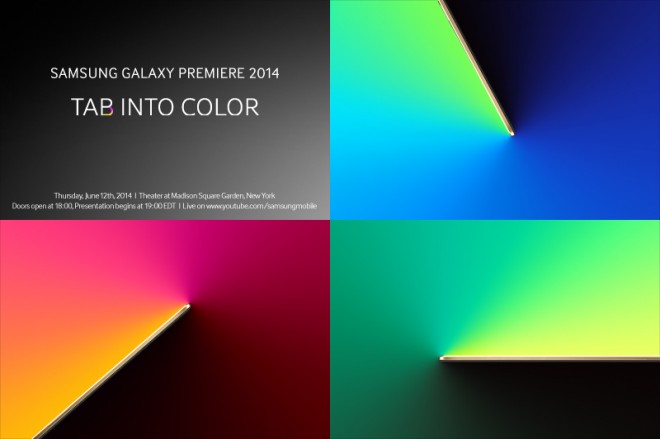 Samsung confirmed this Galaxy Premiere event, that will take place in New York at the Madison Square Garden. It’s likely we’ll see the Galaxy Tab S there, with AMOLED in tow and resolutions like 2560 x 15600 pixels, in a 8.4 inch and 10.5 inch variant. Inside we’ll get octa core Exynos 5420 processors and other specs include 8 MP shooters, 2.1 MP cameras and WiFi, plus Bluetooth 4.0, GPS and LTE.

Sammy will also include an infrared blaster, Android 4.4 KitKat with the Magazine UX and these tablets are expected to come with fingerprint scanners integrated into the Home button. WiFi and LTE versions will be available at launch. We could also see the mythical 13.3 inch Samsung tablet that has been rumored lately, but only with a LCD screen on board.

Samsung Galaxy Note 4 Launching in 140 Countries by End of...