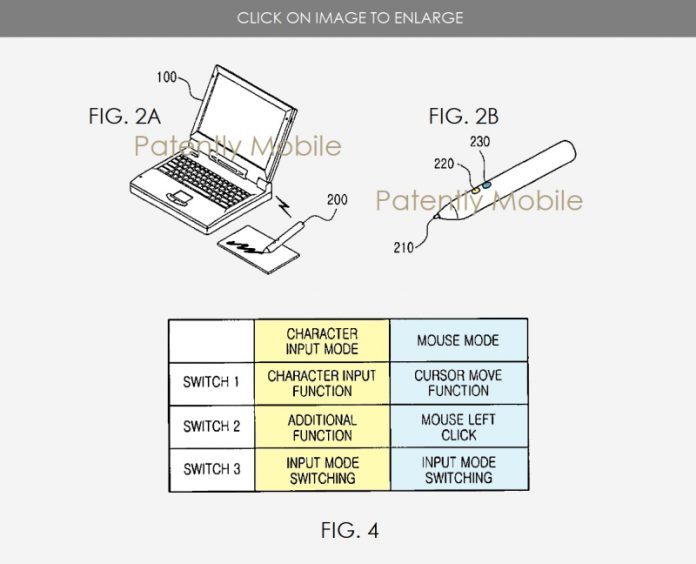 If there’s one company that rules the kingdom of patents, that’s surely Samsung. They’ve recently been granted a patent for a magic trackpad-like device that has Samsung Pen functionality. We try to see what use it could have below.

Samsung had already received a utility patent earlier this month, for a device that seemed to mirror the Apple Magic Trackpad functionality and now the details come out. It’s supposed to mirror the Apple Magic Trackpad behaviour, but also add Samsung Pen support for tasks like drawing, writing and doubling as a mouse. With a single button mode switch it gets that task activated. 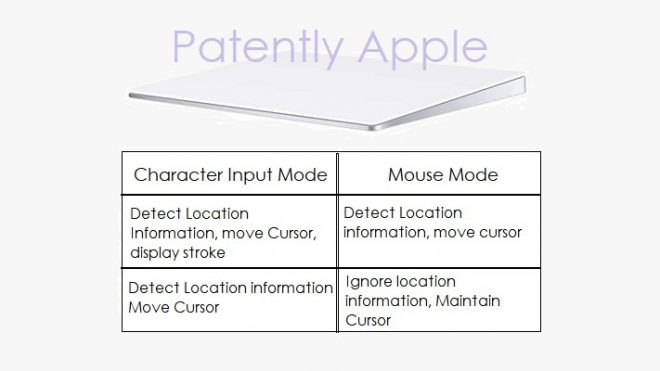 The patent and sketches that appeared online show a pen-type input device and we see switches in character input mode and mouse mode, during an input operation using such a device. If you ask me Samsung saw progress on Apple’s side towards the iPad-Macbook hybrid, or at least having a laptop with two touchscreens in the Macbook series. That’s why they’re expanding the features of their notebooks to mimic tablets or at least Magic Trackpads… Expect more touch input from Samsung laptops in the future and also more stylus action.

Expect 2019 to be really special in the regard of laptops.